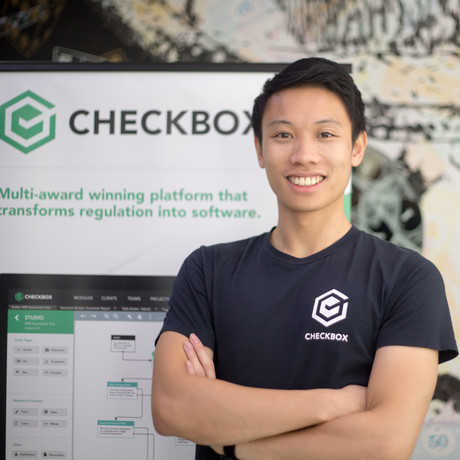 The NSW Government is throwing its support behind events designed to drive growth in the state’s emerging regulatory technology (regtech) industry.

The RegTech Association will receive $30,000 in sponsorship to run a program of education and industry forums.

The first of these events, #ACCELERATERegTech 2018, will be held in Sydney this week on 3–4 May. It will bring together 250 regtech and other companies, regulators, regulated entities, government and allied associations.

“Regulatory Technology, or regtech, is an emerging sector where Sydney and NSW have the potential to achieve serious global standing,” said Minister for Trade and Industry Niall Blair.

“Start-ups are creating new technologies and business models and we’re backing them by supporting the regtech sector to ensure they have the governance, risk and compliance processes they need to grow and create jobs.”

Checkbox, a start-up fintech that was developed by Evan Wong, Paul Wenck and James Han, will be featured at the #ACCELERATERegTech2018 event. The company  has developed a technology platform that uses artificial intelligence and a ‘drag and drop’ interface allowing regulatory experts — like lawyers, accountants and analysts — to easily translate regulation into software without needing to write code. The ‘platform-as-a-service’ cloud solution also offers auditing, reporting and analytics features.

Within a year of founding, Checkbox has won a series of awards including RegTech of the Year at the Australian Fintech Awards, the Westpac Innovation Challenge and StartCon’s Pitch competition, which will see Checkbox represent Australia at the Startup World Cup in San Francisco in May.

“Our work has included delivering solutions to simplify very complex regulations for government, law firms and large enterprises in the financial and professional services sector. Our technology is currently being used in Australia, Singapore, Hong Kong and China,” said co-founder and CEO Evan Wong.

The RegTech Association, headquartered at Stone & Chalk at the Sydney Startup Hub, is a network of 54 organisations with a goal to make Australia a global centre of regtech excellence in the Asia–Pacific region.

RegTech Association General Manager Deborah Young said the industry was in its early stages but strong capabilities in NSW offer the potential for Sydney to be at the heart of a globally competitive Australian centre of excellence.

“The association aims to create a platform for dialogue between the regulators, our technology innovators and regulated industries to work collaboratively and help reduce the regulatory compliance burden, while improving outcomes for consumers.”