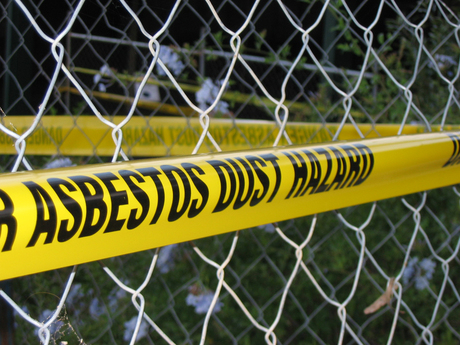 About 200 workers helping roll out the National Broadband Network (NBN) will be fired this week due to delays caused by the presence of asbestos in telecommunications pits.

Several months ago it was revealed that NBN workers working in Telstra’s communications pits around the country had exposed themselves and local residents to deadly asbestos, which can cause cancer and other serious illnesses.

Work was halted at some NBN sites as the asbestos issue was addressed.

Now, Tasmanian paper The Mercury is reporting that these asbestos-related delays will lead Tasmanian contractors to make about 200 workers redundant this week.

Tony Cook, CEO of the Civil Contractors Federation’s (CCF) Tasmanian branch, said there were estimates that it could be 12 weeks before work resumes.

The ABC cited unnamed sources saying that 200 workers would be sacked by Friday.

Once source said: “It’s only the start of the avalanche.”

“Telstra - through Comcare [the organisation inspecting pits to ensure they are clear of asbestos] - needs to hasten the process so that those pits can be released back into the hands of the principal contractors [like Visionstream], so they can get on with the design work,” said Cook.

“Visionstream may lose their contractors because once they are gone, they’re gone, if there are significant further delays beyond a couple of days,” Cook said.

“There has been a little bit going on, but slowing down to the point where Visionstream has now said there is no more work.”

Last Thursday, Telstra told a taskforce set up to address the asbestos issue that the company would be seeking approval from its board to resume work on the telecommunications pits.

In a media release last Friday, Workplace Relations Minister Bill Shorten said: “Comcare reported to the taskforce that they are satisfied that appropriate actions are being taken by Telstra to address work health and safety for asbestos-related hazards.”

On the same day, David Mier, national NBN construction and project officer at the Communications, Electrical and Plumbing Union (CEPU), said that Telstra was intentionally slowing down the NBN rollout ahead of the federal election.

“[Telstra] do not want them back to work because [Telstra] are running [Malcolm] Turnbull’s agenda,” Mier said.

“Prior to us telling them to stop work, [Telstra] were happy to continue with untrained blokes on their network. Now that they are adequately trained they are saying, ‘the [Telstra] board has to decide when we go back to work’.”

But opinions at the CEPU are divided on the matter, according to the AFR.