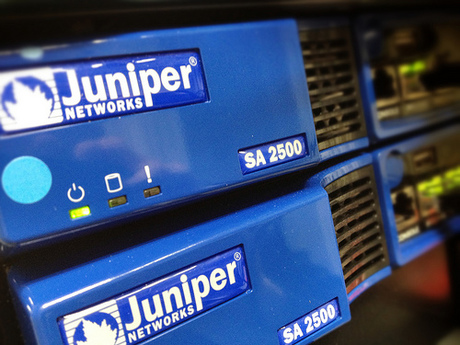 Shares in networking vendor Juniper Networks have taken a hit after the company disclosed it was under investigation in the US over bribery allegations.

In its latest financial statements filed with the NYSE, Juniper disclosed it is being probed by the US Securities and Exchange Commission (SEC) and the US Department of Justice (DoJ).

The agencies are “conducting investigations into possible violations by the company of the US Foreign Corrupt Practices Act”, the filing states.

“The company is cooperating with these agencies regarding these matters [and is] is unable to predict the duration, scope or outcome of these investigations.”

The Foreign Corrupt Practices Act prohibits US companies or individuals from making payments to foreign officials for the purpose of winning or retaining business.

Juniper’s NYSE share price fell 5.6% on Friday in the wake of the filing, and declined again on Monday. The price recovered 2.77% on Tuesday, but the closing price of US$21.16 was a full dollar lower than its closing price from the day before the filing.

Some financial analysts have expressed scepticism that the share price decline is down to the disclosure, given that fines associated with such cases are not usually overly punitive.

In an investor blog, Zacks Equity Research said the investigation is still “not in the best interests of Juniper, as the networking solutions and communications provider generates majority of its revenues from international operations”.

Juniper’s revenue is growing strongly in some of its key markets, and the company expects to gain traction internationally. But the pending outcome of the investigation, increased competition and constricted macroeconomic conditions could act as “near-term headwinds”, Zacks said.

When asked for further comment, a Juniper Networks spokesperson instead repeated the information contained in the company’s regulatory filing.

In March, the SEC and DoJ were revealed to have been investigating allegations that Microsoft and some business partners bribed government officials to win business contracts. So far no action has been taken.

At the time, Microsoft said it had conducted its own probe into some of the allegations and uncovered no evidence of wrongdoing.