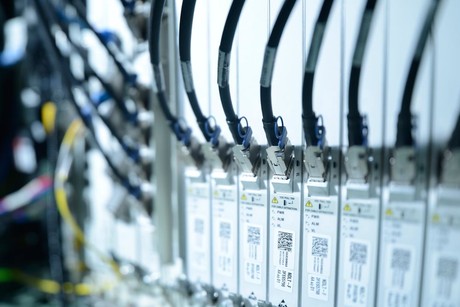 NBN Co announced it has achieved speeds of 994 Mbps during trials of the new DOCSIS 3.1 technology over the hybrid fibre coaxial (HFC) component of the nbn.

The in-field trial at the home of an nbn customer in Victoria validated the potential of HFC to deliver gigabit speeds. A related lab trial demonstrated upload speeds of 998 Mbps.

Both trials involved an expanded spectrum range that NBN Co is progressively introducing as part of the implementation of DOCSIS 3.1 technology on the HFC component of the network.

The company commenced the implementation of DOCSIS 3.1 in August last year as part of the upgrade path for the troubled HFC component of the network. But the initial deployment has not been focused on enabling higher speeds.

NBN Co was forced to temporarily suspend the rollout of the HFC component of the nbn in November 2017 due to issues including the poor state of repair of parts of the network inherited from Telstra. But the rollout resumed in late April last year.

“This is an important day for [NBN Co]. It shows how a specific technology — HFC — is evolving to meet customer demand for greater capacity from their broadband connection over time,” the company’s CTO, Ray Owen, said.

“It’s good news for both residential and business customers using HFC as we have demonstrated both the wholesale download and upload capacity of this technology.”

The download speed demonstration involved the establishment of a direct link between the nbn customer’s home and a nearby point of interconnect. It was a layer 2 trial, meaning it bypassed the layer 3 networks belonging to NBN Co’s retail service provider customers.