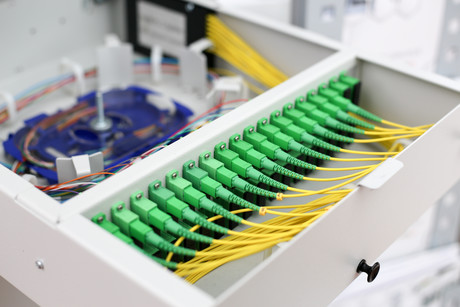 After reaching the milestone of having 1 million business nbn connections, NBN Co has announced the next phase of its engagement model with retail service providers (RSPs) and enterprise customers.

The company is evolving its enterprise contracting model based on feedback from the industry and the business sector.

Under the evolved model, RSPs will in all cases have a direct contractual relationship with enterprise customers.

This means NBN Co will no longer contract directly with enterprise customers ahead of them engaging one or more RSPs to provide broadband services — which has been a controversial practice among NBN Co’s core RSP customers.

But NBN Co has stopped short of acquiescing to calls from some parts of the industry to withdraw from the enterprise market altogether.

The company also plans to continue to engage with enterprise customers to help understand their infrastructure requirements and to inform the design of nbn wholesale services.

“These changes will deliver greater collaboration between NBN Co and RSPs by ensuring that together, the industry is in the best position to deliver tailored broadband services that enterprise customers need to succeed,” NBN Co Chief Customer Officer for Business Sales And Marketing Paul Tyler said.

“We have proven in recent times that NBN Co has a key role to play in increasing the digital capability of large and complex Australian organisations, consistent with our purpose. We have unlocked substantial value, created choice for enterprise customers and educated the enterprise and government market on the value that [the] nbn brings to the nation.”

Macquarie Telecom has welcomed the decision, stating that it affirms NBN Co’s commitment to provide better connectivity and competition to businesses suffering from price gouging.

“While a number of tier-one telcos have been calling for nbn to exit the enterprise market altogether, we believe these calls are based on self-preservation and a desire to push their own fibre rather than the interest of Australian businesses, and we applaud NBN Co for taking appropriate action rather than bowing to these demands,” Macquarie Telecom Group Executive Luke Clifton said.

“The issue of price gouging is still alive and well for businesses across Australia. nbn’s enablement of new providers in an underserviced and overpriced market is vital to change that and help organisations develop the infrastructure network and digital services they need.”