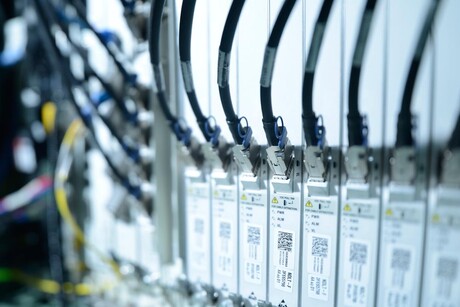 NBN Co achieved a 25% year-on-year increase in revenue for 1H21 to $2.26 billion in the conclusion to what CEO Stephen Rue called a “watershed year” for the company.

NBN Co was able to exceed both its revenue and EBITDA forecast in the first half, with EBITDA growing from $775 million in 1H20 to $1.23 billion in 1H21.

Including subscriber costs, EBITDA swung to a positive $424 million, representing a $1.1 billion improvement on 1H20, as NBN Co’s scheduled payments to Telstra and Optus fell to $809 million from around $1.44 billion. Subscriber costs will continue to fall through the fiscal year and are expected to cease by FY24.

“Our results in the first half of FY21 are very strong and underscore the strength of the business in what has been a challenging time for all Australians. 2020 was a watershed year for nbn as the digital needs of residential and business customers were more important than ever before,” NBN Co CEO Stephen Rue said.

“Our revenue and EBITDA exceeded forecast in the first half, and it was particularly pleasing to see the stronger than expected new customer activation numbers, demonstrating Australians’ reliance on the nbn network to meet their everyday needs.”

Rue said the strong performance during the period will position the company to achieve positive full-year statutory EBITDA for the first time in FY21.

To help finance its next stage of development, NBN Co aims to raise $27.5 billion of private debt by June 2024. The company raised additional facilities of $4 billion during 1H21, including $1.6 billion in Australian Medium Term Notes, which were used to help repay $3 billion of NBN Co’s $19.5 billion federal government loan.

With the principal build now complete, capital expenditure in the first half fell to $1.42 billion and is expected to continue to decline.

The company added that it continues to see strong customer demand for higher speed tiers. While residential average revenue per user remained steady at $45 during the six-month period, around 70% of residential and business customers and 80% of new orders during the period were based on wholesale speed tiers with download speeds of at least 50 Mbps.

“We have brought forward our planned network investments to meet the nation’s future needs, and we will continue to invest in the network from a position of financial strength in the years and decades ahead, so that we can incorporate the latest and best technologies to unlock the capabilities and full potential of Australia’s nbn for the benefit of Australians,” Rue said.