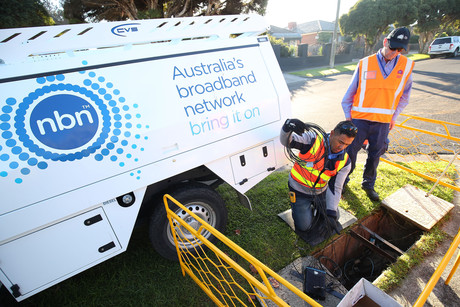 NBN Co has cut its service activations target for FY20 by 500,000 premises as part of its newly released corporate plan for 2020–23.

Revenue is expected to recover to expected levels in future years, with the company projecting revenue of $5.9 billion in FY23.

NBN Co has dialled back its expectations in part due to having identified around 100,000 premises identified as “complex installations”.

Connecting these premises will require ongoing work after the scheduled completion date of the rollout in June 2020.

These areas include properties that are difficult to access, as well as culturally significant areas and heritage sites, where deployments can be delayed by factors such as the need to secure approval from traditional owners.

But despite the downgraded expectations, NBN Co CEO Stephen Rue said he is confident that the company will “complete the build on time and on budget” in 2020.

The company’s build completion commitment is that all “standard installation premises” in Australia — excluding the “complex installation sites” and premises in new development sites — are able to connect to the nbn network.

A total of 11.5 million premises are planned to be ready to connect by the end of June.

“NBN Co’s purpose is to lift the digital capability of Australia. This new purpose is about providing access to fast, reliable and affordable broadband services. It is giving Australians — no matter where they live or work — the ability to use critical services such as health care and education.”

Telstra has joined a growing number of nbn retail service providers in calling for NBN Co to...