NBN Co let off leash to compete in new developments 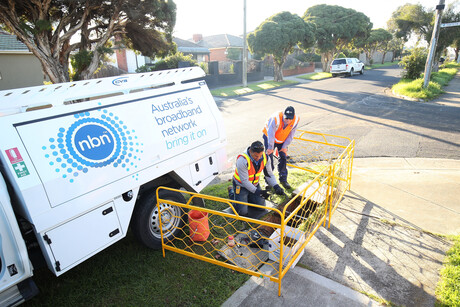 The Department of Infrastructure, Transport, Regional Development and Communications has updated its policy on telecommunications installations for new greenfield developments.

The Telecommunications in New Developments policy has been updated to give NBN Co greater flexibility to compete with alternative infrastructure providers on price, and with competing infrastructure.

In addition, the policy has been updated to take account the new Statutory Infrastructure Provider laws introduced in July.

These laws require carriers that are contracted to service new developments to meet certain requirements ensuring that they provide infrastructure and services for those developments on an ongoing basis.

“NBN Co will be able to charge below the maximum prices set out in the policy to keep costs down and will have greater flexibility to install competing infrastructure where it is commercially viable. Greater competition will help drive lower charges, reducing the costs of developments for developers and in turn consumers.”

While these changes are likely to be unpopular with the wholesale telecommunications industry, which has long been complaining of the ability of NBN Co to use its scale to squeeze them out of new developments, other changes are aimed at enforcing NBN Co’s adherence with competition laws and competitive neutrality rules.

Core elements of the policy, including requiring developers to organising telecommunications for their developments and giving them the ability to choose which carrier to go with, will remain unchanged.

Meanwhile, the Department has released an options paper for a strategy aimed at boosting the installation of pit and pipe for telecommunications in new developments.

The paper lays out a number of options aimed at addressing the small number of developers that are not adhering to the rules requiring underground pit and pipe infrastructure to be built in new developments.

These options include extending current pit and pipe legislation to unincorporated developers; requiring all developers to disclose whether they have installed pit and pipe; and enabling people to seek compensation from developers if pit and pipe have not been installed, or are defective and need to be rectified.

Following the consultation, the government may introduce all, some or none of these options, the paper states.

The Communications Alliance has urged the government to ensure proposed measures to improve the...

NBN Co has announced it will spend $700m to deploy Enterprise Ethernet services to up to 240...