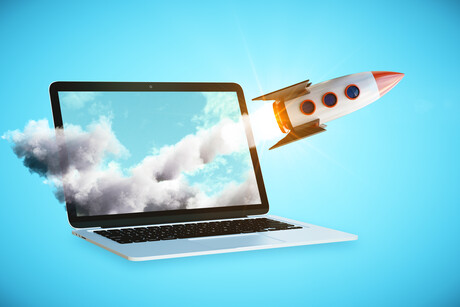 Fixed line nbn services held up well during the COVID-19 pandemic, with average speeds increasing despite the increased traffic strain.

The ACCC’s latest Measuring Broadband Australia report shows that NBN Co’s decision to offer an up to 40% increase in connectivity virtual circuit (CVC) capacity contributed to a 1.8 percentage point increase in average speeds during the June quarter.

ACCC Chair Rod Sims said this decision “has been vital to the network’s sustained performance, and we welcome their decision to extend this offer until 30 November”.

Before the CVC boost, average download speeds on NBN Co’s 50 Mbps and 100 Mbps tiers had dropped by 14% and 23% respectively, the ACCC said. Another factor was the move by streaming providers to reduce their picture quality for viewers at the request of the government.

MyRepublic and iiNet showed the greatest improvement in their busy-hour download speeds, at 5.4% and 4% respectively.

“Speeds are also similar to those seen prior to the pandemic, in spite of a prolonged surge in broadband demand as households and businesses practice coronavirus restrictions,” Sims said.

During the three-month period, nbn subscribers received an average download performance of 88.5% of headline speeds (referred to in the report as maximum plan speeds) during all hours, decreasing to 87.6% during the busy hours.

But the results may not be directly comparable to previous reports, as testing service provider SamKnows was forced to exclude a number of speed tests conducted in NSW and WA after discovering congestion on its servers, which was unlikely to have been experienced by the actual users of the nbn service.

The report also shows a steady decline in average broadband services from 9.6% to 8.1%, in a result the regulator attributed to consumers having their modem or in-home wiring issues fixed, or being moved to lower and less expensive speed plans.

“We encourage NBN Co and RSPs to continue to build upon this result, especially given the additional investment in FTTN service improvements announced last week by NBN Co,” Sims said.

Some 97% of the remaining underperforming nbn services are fibre to the node connections, and 99% are on nbn50 and nbn100 plans, the report shows.

NBN Co has announced it will spend $700m to deploy Enterprise Ethernet services to up to 240...