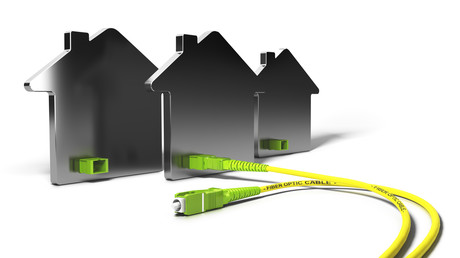 You know the tune, so let’s all sing along: “Oh dear, what can the matter be?” Or, if you prefer AC/DC, “Dirty deeds, done dirt cheap”.

As we approach the nbn’s nominal completion date of June this year the decision to dump 21st-century fibre and cobble something together using old copper wires and run-down pay TV cables has left too many Australians humming a very sad tune.

The release last week of the latest financial report from NBN Co underscores what a debacle we have on our hands.

Perhaps the worst revelation is that they have only managed a two-dollar increase in average revenue per customer to $45. On their own numbers they need $52 to just break even.

Bizarrely describing it as an outstanding result, NBN Co boss Stephen Rue confessed to a massive EBIT loss of more than $2 billion over the last six months.

NBN Co reported total revenue of $1.8 billion, up 39% on the same period last year. But that’s off what they call a very low base! It saw a net loss after tax of $2.8 billion in addition to the other multibillion-dollar losses in previous years. This is the network’s tenth year of operations. You do the maths!

Subscriber costs for the half year were $1.43 billion, up from $690 million in the previous period. As Dr Mark Gregory from RMIT points out, one of the reasons why operating costs are a problem relates directly to the use of so many different delivery technologies under the Coalition’s nbn model. Long term, the ongoing costs of repairs and maintenance would have been far lower if they’d stuck with fibre-to-the-premises (FTTP).

Total activations are now at 6.4 million out of slightly more than 10 million premises declared ‘ready to connect’. This figure is the other shocker. There’s a reason why 40% of those who could sign up to the nbn haven’t bothered. It’s just not good enough.

The problem is that with a third of the fixed-line network using FTTN (copper wires) they simply can’t deliver high-speed internet to enough customers. Without the higher-speed, higher-yield customers they are falling short on the necessary revenues to create a profitable business.

Another sign of trouble is the company conceded it will now not be cash flow positive until 2023, a year later than previously stated. It attributed this to increasing capital expenditure requirements.

The numbers are just not heading in the right direction, or certainly not at a rate that can float this sinking ship off the reef.

As they say in the movie business, “once more, with feeling”. So, herewith some salient facts.

The obvious move is to fast track fibre-to-the-curb (FTTC). FTTC wasn’t around in 2009 when Labor launched the nbn nor in 2013 when Tony Abbott told Malcolm Turnbull to destroy the nbn. So both sides can argue that opportunities exist that weren’t around when they made their respective decisions.

As this article shows (and it is pretty recent so not likely to be out of date), Australia is the fourth most expensive country in the world for a standard 100 Mbps service.

Even the ACCC appears to have had enough, although it continues to express its concerns very diplomatically. Its Chairman, Rod Sims, had this to say recently:

So as we all sing along we don’t need to wonder what the matter is — it’s pretty bloody obvious.

As I’ve argued before, the only viable solution is to start replacing all the dud technology, and that requires that we take the politics out and develop a bipartisan solution.

The release of NBN Co’s financial reports is not the only occasion when its spin-doctors take over. Unhappy about surveys showing up how poor our global broadband ranking is — we were once around 30th and we now sit in the high sixties — NBN Co hired an external organisation to come up with their own numbers. The industry is still laughing.

TelSoc has told a parliamentary nbn inquiry a bipartisan plan is required to ensure the project is rejigged to meet the country’s current and future needs, and called for a 10-year strategic plan from NBN Co. Currently what limited information is provided is mostly restricted to a three-year horizon, which is demonstrably inadequate in terms of modern corporate governance expectations.

Laurie Patton is a former journalist and media executive, former CEO/Executive Director of Internet Australia and currently Vice President of the Telecommunications Society (TelSoc). Some of the views expressed here are those of the writer and are not necessarily shared by TelSoc or its members.