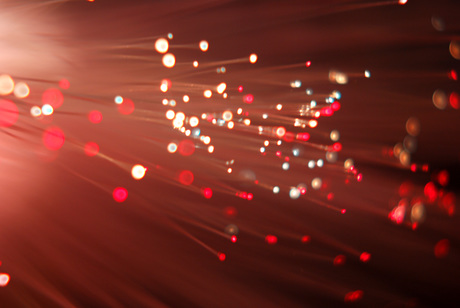 Australian telcos have accused NBN Co of dragging out the finalisation of the special access undertaking (SAU) - a part of the framework that governs the NBN’s wholesale pricing and terms of supply.

By now, NBN Co has submitted several versions of the SAU to the ACCC. There has been some back and forth on the SAU between NBN Co and the ACCC in recent months, specifically over how much regulatory power the ACCC should have, with one government staffer warning the ACCC against interfering with NBN pricing.

Earlier this month, NBN Co lodged 337 pages of comments in response to the ACCC’s recent 37-page proposal of amendments.

Now, in response to this mammoth NBN Co document, the Competitive Carriers Coalition - which includes Macquarie Telecom, iiNet, AAPT and Vodafone - has expressed its “disappointment at the approach taken by NBN Co” in responding to the ACCC’s proposed changes to the SAU.

“The sheer volume of the NBN Co response threatens to extend the timeframe for the commission to reach a final variation notice to an extent that is unacceptable,” the CCC’s David Forman wrote in a letter to the ACCC.

Forman said the industry has been operating with a set of “temporary” access arrangements for almost two years and is waiting on something more permanent.

“It is the CCC’s view that NBN Co’s decision to respond to the commission’s discussion paper as it has done is - at the very least - a demonstration of a lack of urgency on the part of NBN to settle the access arrangements by way of accepted Undertaking. At worst it is an abuse of process,” Forman wrote.

Forman called for action: “The CCC asks that the commission proceeds to present a variation notice reflecting the approaches described in its discussion paper, taking into account those positive suggestions it has received in submissions. It is for NBN Co to determine how it chooses to respond in its undertaking.”

Andrew Sheridan, Head of Interconnect & Economic Regulation at Optus, raised similar concerns in a letter to the ACCC.

“Optus is concerned that NBN Co’s approach, whilst clearly well intentioned, is likely to delay the timely resolution of the SAU,” Sheridan wrote.

“Optus submits that the ACCC should proceed to issue its variation notice as planned having regard to the submissions received.”

NBN Co will purchase TransACT’s fibre-to-the-premises network in the ACT from iiNet, in a new deal announced last week.

NBN Co will fork over $9 million for the 8500 or so premises already passed by the network.

“Additional equivalent per premise consideration will be received as the remaining premises are passed or connected,” iiNet said.

Another 4500 premises are planned or under construction.

NBN Co CEO Mike Quigley said the network will be integrated into NBN Co’s own network.