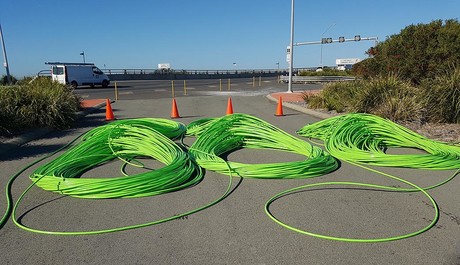 Speed tests conducted for the report by SamKnows in November found that the average nbn connection achieved download speeds of 86.6% of their maximum plan speeds, falling to 85.3% during the busy hours of 7 pm to 11 pm.

But the report found that there remains a substantial gap between the highest- and lowest-performing nbn retail service providers, with Optus achieving an average of 90.8% of plan speeds and the Vocus Brands — Dodo and iPrimus — achieving just 81.7% of plan speeds.

In addition, despite the ACCC’s efforts to address the problem, many fibre-to-the-node (FTTN) connections still are not achieving the performance promised. FTTN connections achieved just 81.9% of maximum plan speeds, compared to over 90% for all other fixed line connection technologies.

We are pleased to see that speeds have generally improved; however, we need more action from NBN Co and retail service providers so that all consumers can access their full nbn plan speeds,” ACCC Chair Rod Sims said.

“This Measuring Broadband Australia data clearly shows that too many consumers with FTTN connections are not receiving the speeds they are paying for.”

The report found that average download speeds would have improved by between 1.4 percentage points and 6.2 percentage points more if issues causing poor performance on some FTTN connections, such as problems with in-house wiring, had been resolved.

The ACCC plans to publish the next Measuring Broadband Australia report in early May, which will for the first time compare how RSPs perform in streaming popular video content from Netflix and YouTube.