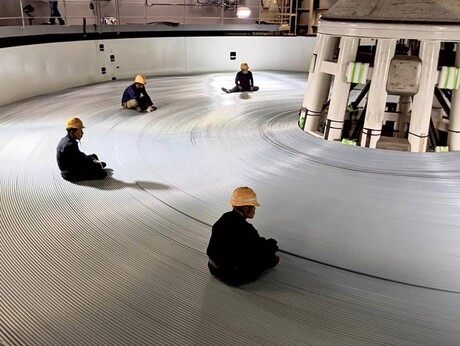 RTI Connectivity has completed deployment of the Japan-Guam-Australia North (JGA North) cable system, which runs between Guam and Minami-Boso in Japan.

The 2700 km cable has an initial design capacity of at least 24 Tbps, with plans to increase this to 30 Tbps over the next year.

At Guam, the cable connects with the Japan-Guam-Australia South (JGA South), which lands in Sydney’s CBD with an additional branch to the Sunshine Coast. The JGA South has been in service since March.

RTI is the sole investor in the integrated JGA cable, which was constructed by Alcatel-Lucent and NEC.

“JGA North’s on-time completion is extraordinary. The subsea cable experts on the ground and at sea overcame obstacle after obstacle by closely collaborating — an art that has become a standard practice over many years,” RTI CEO Rus Matulich said.

“It resulted in JGA North’s remarkable on-time, and under budget, completion. This exceptional outcome — against all odds — confirms what the industry already knows: money doesn’t get cables built, relationships do. RTI is extremely grateful to our many friends that rose up to the challenge, especially the engineering teams, marine experts and other subject matter experts who are often overlooked. JGA North’s success is yours.”