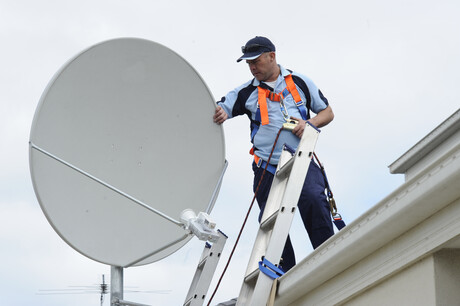 Against all odds, considering the wave of natural disasters that have struck Australia this financial year, NBN Co has announced it has reached its FY20 end-of-year target a month ahead of schedule.

The company revealed it has now passed 11.5 million homes and businesses across Australia with the network, despite the recent bushfires, floods and the COVID-19 pandemic. This means the network build is now 99% complete.

Since the start of FY20, another 1 million premises have been added to the Ready to Connect footprint, and a further 600,000 premises have signed up for a service.

But the Ready to Connect footprint is smaller than the total number of premises passed. The company has a list of complex installations, such as culturally significant and heritage sites, that have not yet been added to the footprint.

NBN Co aims to make 80% of the complex connections ready to connect by the end of 2020. The company will also continue to expand its network to cover the new premises that are being built across the country, according to Minister for Communications, Cyber Safety and the Arts Paul Fletcher.

“The company’s priorities from here include continuing investment in, and focus on, driving the performance of the network and progressing the very final stages of the build so that every Australian has access to fast broadband,” he said.

“The $6.1 billion in debt finance NBN Co has secured on external markets demonstrates the strong support for the company’s business plan and outlook and the capacity to invest.”

Meanwhile, the nbn has also reached the milestone of having more than 100,000 premises connected to its Sky Muster satellite service.

“The nbn Sky Muster satellites are a critical component of the nbn providing fast broadband to people living across Australia’s sparsely populated 7.7 million square kilometre landmass. They deliver connectivity to the most difficult-to-reach locations where other broadband offerings are often limited,” Fletcher said.

“Australia’s NBN Co has maintained a strong focus on delivering for regional and remote Australians, including during COVID-19.”

The company’s relief package for the COVID-19 pandemic includes providing satellite broadband retail service providers with an additional 45 GB of data for each standard Sky Muster plan until July 2020.