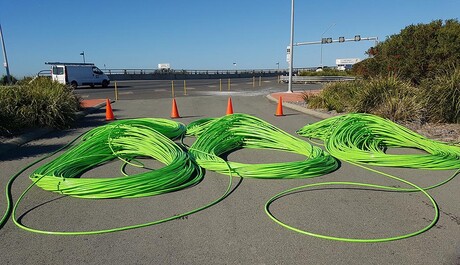 NBN Co lifted its total revenue by around 36% in FY20 as it exceeded its rollout targets for the financial year by more than 230,000 premises.

The company reported revenue for the financial year of $3.8 billion, exceeding the target laid out in its latest corporate plan by more than $100 million. EBITDA meanwhile surged 190% from the prior year to $1.77 billion.

NBN Co CEO Stephen Rue said the company had managed to achieve this despite the financial impact of its decision to offering pricing relief equal to up to 40% additional CVC capacity to participating retail service provider customers at no extra charge due to the COVID-19 crisis.

“Since the introduction of the offer, we have forgone revenue of more than $80 million in CVC capacity charges from participating internet retailers as part of our efforts to help support increased data use during COVID-19,” he said.

“This pricing relief ... was only ever intended as a short-term measure. However, we have maintained this moratorium on additional wholesale data charges for seven months to give internet retailers the time and financial relief they needed to adapt to their customers’ changing data demands.”

Meanwhile, NBN Co connected more than 1.7 million new premises over the course of the year. By the end of the financial year there were around 7.3 million premises connected to the network, and more than 11.73 million in the ready-to-connect footprint.

“The most important thing we’ve delivered this year has been 10 years in the making. We completed the initial build of the National Broadband Network on time so that Australians had access to secure, resilient, high-speed broadband when they needed it most,” Rue said.