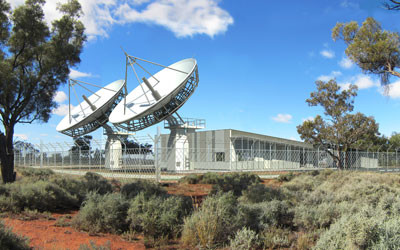 NBN Co has launched a series of initiatives aimed at bridging the urban-rural digital divide and improving connectivity in regional and remote parts of Australia.

The new initiatives include the launch of a business nbn satellite service, as well as the establishment of a new business unit dedicated to meeting customer needs in regional and rural areas.

An additional Access Bandwidth Service product will launch next year, which will seek to provide committed wholesale speeds on par with those demanded for critical applications by large enterprise and government customers.

Research commissioned by NBN Co from Telsyte forecasts that the number of Australian businesses using satellite services will grow by more than 30% by 2021.

The new business unit will, meanwhile, combine all aspects of NBN Co's fixed wireless and satellite teams, from engineering to operations.

It will seek to expand community and stakeholder engagement as the deployment of the network nears completion.

The unit will be led by newly appointed Chief Development Officer, Regional & Remote Gavin Williams. Williams joined NBN Co in June 2014 and was most recently Executive General Manager for Products.

Assigning responsibility for improving NBN’s regional and remote assets to a member of the company’s senior executive management team was a key recommendation of the 2018 Regional Telecommunications Review.

Finally, NBN Co has revealed plans to work with various industry bodies to identify opportunities to work with and provide information to small businesses to improve their digital capability.

These industry bodies include the Council of Small Business Organisations Australia (COSBOA), Australian Information Industry Association (AIIA) and the Australian Chamber of Commerce and Industry (ACCI).

This announcement coincided with the launch of a new report commissioned by NBN Co, Connecting Australia, which found that on average small businesses are spending less than 1% of their total revenue on technology.

Many small businesses lack the skills, time or resources to invest in digital technology, or they lack knowledge of the opportunities that technologies provide, the report found.