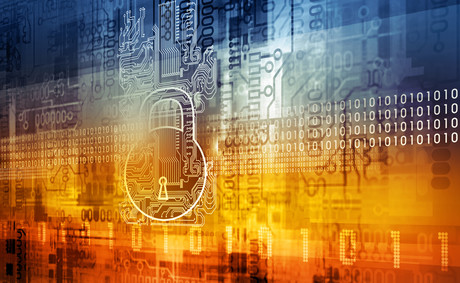 A group of Australian industry associations have urged the Parliamentary Joint Committee on Intelligence and Security (PJCIS) not to bow to government pressure and wave through the controversial encryption Bill.

The call came after Prime Minister Scott Morrison “insisted” that the PJCIS cut short the inquiry into the Bill to ensure it can be passed within the next two weeks, before parliament ceases sitting for the year.

Internet Australia Chair Paul Brooks urged the committee not to scuttle the parliamentary process and rush through the Bill without proper consideration.

“The encryption Bill stands to have major consequences for millions of Australians, their confidential data, and on businesses that will be captured by the proposed Bill. Therefore, it is crucial that lawmakers give the Bill serious consideration and work with stakeholders to fix its well-documented flaws,” he said.

“There is a need for cool heads to prevail, accompanied by detailed analysis of the impact on Australians and Australian businesses, and for law makers to approach this important task systematically while following due parliamentary process.”

AIIA General Manager of Policy Kishwar Rahman added that the committee is one of the checks and balances that are vital to the Australian democratic process.

“The committee has worked diligently and constructively, to date, in its inquiry into this complex and far-reaching piece of legislation. This includes examining testimony relating to close to 90 submissions from a broad range of Australian and international experts. Almost all of these submissions have raised serious concerns about the implications of many aspects of the proposed legislation.”

Concerns raised about the Bill have ranged from fears it could weaken the encryption that is vital to safeguarding personal data from cyber threats, to concerns it could cause major global technology companies to abandon the Australian market.

“It needs to be clear that the Bill as currently drafted not only raises privacy concerns but stands to jeopardise the security of the internet globally and the framework of trust required for it to function properly,” Communications Alliance CEO John Stanton said.

“We have seen with the data retention legislation how unintended side effects and loopholes can creep into complex legislation. We need extensive consultation with expert stakeholders to minimise the risk of this happening with the Assistance and Access Bill.”

Australian Industry Group Executive Innes Willox warned that the Bill could even have the opposite of the intended effect and threaten the reliability of Australia’s critical infrastructure.

While nbn co is a member of both the Communications Alliance and the Australian Industry Group, the company explicitly abstained from participating in the joint call.

In a joint statement, Chair of the Committee Andrew Hastie and Deputy Chair Anthony Byrne said the committee plans to hold hearings with the relevant government agencies next week to hear evidence regarding the purported necessity of rushing through the Bill.

A new report released by Rapid7 investigates the double extortion trend pioneered by the Maze...

Beefing up cyber defences during EOFY

With cyber attacks expected to increase over the financial new year period, Chris Gibbs of Akamai...

Securing the future of work

The transition to hybrid or fully remote work has delivered new aspects in the security equation...