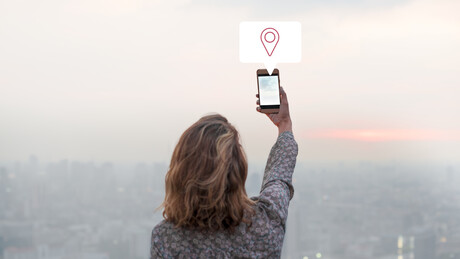 The Australian Competition and Consumer Commission (ACCC) has prevailed in a legal battle against Google over personal data collection through Android mobile devices.

The ACCC took Google to Federal Court alleging that between March 2017 and November 2018, Google was misleading Android users into thinking that the ‘location history’ setting is the only Google Account setting that affected whether Google collected, kept or used personally identifiable location information.

Another Google Account setting titled ‘web and app activity’ also allowed Google to collect location data when turned on, which the setting was by default.

The court has now ruled in the ACCC’s favour, and also found that Google misled consumers by not informing them that the ‘web and app activity’ setting was relevant to the collection of personal location data.

Finally, Google was found to have misled consumers accessing the location history setting on their device that Google would continue to collect and store location data if the former setting was still switched on.

But the court did dismiss some ACCC allegations about the methods by which consumers could prevent Google from collecting and using their location data, and the purposes for which personal location data was being used by Google.

The verdict will still leave Google liable for penalties which could be as high as $10 million or 10% of the company’s local turnover.

“This is an important victory for consumers, especially anyone concerned about their privacy online, as the court’s decision sends a strong message to Google and others that big businesses must not mislead their customers,” ACCC Chair Rod Sims said.

UNSW Faculty of Law Senior Lecturer Dr Katharine Kemp said the verdict represents a step in the right direction but will not be enough to stop companies from setting privacy-degrading terms for their users, as long as they spell it out in fine print.

“Major changes to Australian privacy laws will also be required before companies are prevented from pervasively tracking consumers who do not wish to be tracked. The current review of the Federal Privacy Act could be the beginning of a process to obtain fairer privacy practices for consumers, but any reforms from this review will be a long time coming.”

Dr Kemp is the author of a 2020 research paper that argued that concealed data collection practices represent a major detriment to consumers and undermine the competitive process.

The paper defines such practices as having terms which “permit the collection, retention, use and/or disclosure of personal information, beyond that which is necessary for the provision of the service in question and beyond the reasonable expectations of the consumer”.

It argues that competition authorities must take the costs and detriments to consumers of these practices into account while assessing the state of market competition.

Hubify Limited has entered into a partnership agreement with Australian and US based company...

UnitingCare Queensland has been targeted in a ransomware attack that knocked some of the...