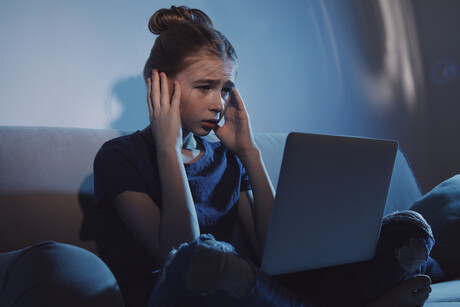 Australia and its Five Country partners have called on the European Parliament to protect children around the world by addressing unintended consequences of the new European Electronic Communications Guide.

The new Code, which came into effect in the European Union (EU) on 21 December 2020, introduced a broader definition of ‘electronic communications services’, compelling service providers in the EU to comply with the rules of the ‘ePrivacy Directive’, inadvertently making it easier for criminals to abuse children online.

Under the new Code, it is now illegal for electronic service providers, including social media companies, operating in the EU to use the necessary tools to detect child sexual abuse material on online platforms. Australian Minister for Home Affairs Peter Dutton said protecting children is the most important thing we can do as a global community and that user privacy should not come at the expense of children’s safety. Dutton added that tools and technologies are essential to protect children and help law enforcement to investigate these heinous crimes.

“Governments have stepped up efforts to keep children safe online and maintained pressure on technology companies to take responsibility for the safety of children who want to enjoy the opportunities of the online world. This new Code risks undoing all our hard work,” said Dutton.

In March 2020, Australia, Canada, New Zealand, the United Kingdom and the United States of America launched the Voluntary Principles to Counter Online Child Sexual Exploitation and Abuse, to provide a framework for the technology industry to combat abuse online.

“The Voluntary Principles rely on the continuation of companies’ legal and technical ability to identify and take action against child sexual abuse on their platforms,” said Dutton.

Dutton urged the European Parliament to act and agree to exempt certain technologies from the ePrivacy Directive, and preserve companies’ ability to detect and prevent child abuse.

Following the signing of the International Statement: End-to-End Encryption and Public Safety in October 2020, the Australian Government — along with its Five Countries partners and the governments of India and Japan — have been working with global tech companies to implore companies to better protect children online.

“The introduction of the Code could undermine this progress and prevent tech companies from using some of the most powerful tools available to combat child abuse on their platforms. We support European Union measures that will allow for the continuation and expansion of the current efforts to keep children safe online,” said Dutton.

A report from SOTI has found that 83% of Australian consumers would 'blacklist' an online...

The ADF's former Head of Information Warfare Dr Marcus Thompson has joined ParaFlare as a...

Two Labor shadow cabinet members have called for a national ransomware strategy to tackle the...