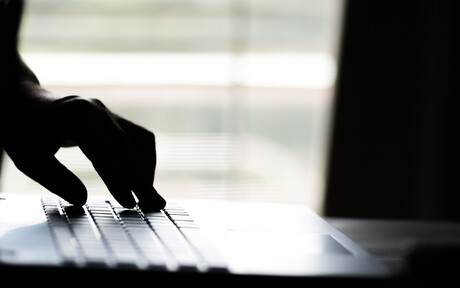 Details have been released on new laws that provide the eSafety Commissioner with strengthened powers to enforce removal of illegal content — including child sexual exploitation material and terrorist content — no matter where in the world it is hosted.

The Online Content Scheme (pdf) and Abhorrent Violent Conduct Material powers are a core part of the Online Safety Act 2021 that, starting on 23 January 2022, will expand the powers of the eSafety Commissioner to address a wide range of online harms.

Under these new laws, if websites or apps systematically ignore take-down notices from eSafety for this type of content, they could see their sites de-linked from search engines or their apps removed from app stores.

The updates to these schemes will provide the eSafety Commissioner, Julie Inman Grant, with new powers to require the removal of seriously harmful online content hosted overseas that can be accessed by Australians.

Minister for Communications, Urban Infrastructure, Cities and the Arts the Hon Paul Fletcher MP said the government is serious about protecting Australians from exposure to seriously harmful and illegal online content.

“Australia has been world-leading when it comes to online safety and, together with the eSafety Commissioner, we are delivering a much safer online experience for every Australian,” Fletcher said.

“The shocking events in Christchurch in 2019, where a single terrorist was able to live stream their crimes using social media, was horrific and completely unacceptable. Since that event, Australia has led the world in requiring digital platforms to lift their game in tracking terrorism content domestically, and through the agreement of other world leaders at the G20.

“While the Online Content Scheme has been in operation for over 20 years and has been very successful within Australia, the Online Safety Act extends the reach of the scheme overseas in recognition of the global nature of the internet.

“Online communities don’t have borders, and yet many Australians access materials online. This new scheme will hold industry accountable for keeping users safe and empower the eSafety Commissioner to remove the worst of the worst online content no matter where it is.”

If individuals and organisations don’t act swiftly in response to an eSafety take-down notice, they may face significant financial penalties — up to $111,000 per offence for individuals and $555,000 for corporations.

The Act will also create a new website-blocking power so that, in the event of a live-streamed terrorist attack, the eSafety Commissioner will have the power to move quickly to require internet service providers to block access to websites hosting this abhorrent material to stop its viral spread.

The Online Content Scheme commences with the Online Safety Act on 23 January 2022.

eSafety’s regulatory guidance on the scheme is available at: www.esafety.gov.au/about-us/who-we-are/regulatory-schemes.

Cybercriminals are taking advantage of interest in the new COVID-19 Omicron variant in their...

Australia will next year become the first market in the world in which Visa will require...