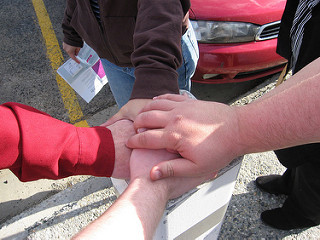 The government has launched its first Joint Cyber Security Centre. The Brisbane facility will bring together industry, government and law enforcement with the common goal of improving cybersecurity resilience.

The opening of the centre marks the first stage of a $47 million program designed to pilot collaborative work spaces for sharing threat information. Similar hubs are planned for Sydney, Melbourne, Adelaide and Perth.

An information sharing portal will also be established to broaden the reach of the five centres.

Other members of the Brisbane centre include representatives from federal and state government agencies, law enforcement and critical infrastructure owners and operators.

The federal government estimates that cybercrime costs the Australian government over $1 billion per year. The joint centres are being established as part of the government’s Cyber Security Strategy.

“Securing Australia’s cyberspace is not something the Commonwealth can do alone,” Attorney-General George Brandis and Minister Assisting the Prime Minister on Cyber Security Dan Tehan commented in a joint statement.

“This collaborative approach will provide up-to-date information about the nature of cyber threats, help partners better understand cyber risks and allow them to collaborate on shared challenges.”

Microsoft has discovered two remote code execution vulnerabilities in unpatched versions of the...

The popularity of streaming services such as Netflix, Disney+ and Apple Music has created a...

One in five critical communications companies lack any form of cybersecurity system, despite the...