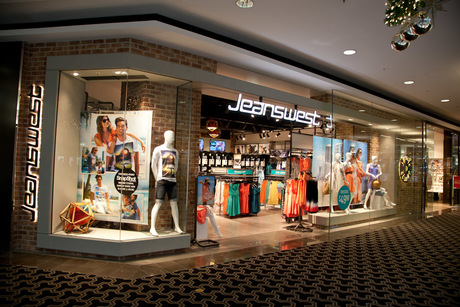 Jeanswest is one of Australia and New Zealand’s most recognisable lifestyle fashion brands. The company operates 235 stores across Australasia and many more under a franchise model in locations across the world. In addition, Jeanswest’s parent company, Glorious Sun Group, operates over 3000 Jeanswest stores in China.

Among the factors that have contributed to the company’s success are its strong focus on denim clothing, an ability to anticipate trends and a willingness to continually innovate. In 2013, for example, Jeanswest raised the bar for customer service with the launch of its In-Store Ordering Service, which provided all Jeanswest stores access to the company’s entire range of styles, colours and sizes. It also introduced a new range of clothing for children aged six months to four years and established a New Zealand website and online shop.

The company operates a fully virtualised IT environment with production servers located on-premise at the Melbourne headquarters. Major applications include a business-critical point of sale system used by the stores, finance, corporate and back-end systems.

In 2013, Jeanswest’s storage area network (SAN) was almost due for a refresh. Systems and support manager Daniel Sandford said, “It was coming to end of life and we had a replacement project scheduled for 2014.”

This had to be brought forward by almost eight months, however, when a disk suddenly failed. The only thing Sandford could do was migrate all data off the SAN, recreate the array and bring the data back on. The process would take over 24 hours. Therefore, a decision was made to speed up the replacement of the SAN.

“The SAN had been configured in a RAID 5 set-up. Because we didn’t have full redundancy, when one disk died in November it corrupted some of our data from the POS, requiring a full database restore,” Sandford explains. “This was the first time it happened under my watch, but a similar disk failure had happened once before, when the SAN was first implemented.”

An easy decision to make

Having lost confidence in the equipment, Sandford decided it was time to bring forward the scheduled refresh. In November he approached the business with a proposal to replace the SAN as soon as possible. With the company about to enter its busiest and most profitable period of the year, and with a clear explanation of the risk should more data be lost or operations interrupted, it was an easy decision for management to make - Sandford was given the go-ahead.

To help identify the right storage solution, Sandford turned to Jeanswest’s long-term IT partner, ISP.Net. “We have been working together for four or five years. They’re a company we can trust when it comes to giving advice in these kinds of areas.”

Sandford’s brief was to the point: “I wanted to put in a solution that would cope with our projected growth for the next three to four years, without us constantly having to move data. It also had to be cost-effective.”

ISP.Net reviewed a number of vendor options before introducing Sandford to Nimble Storage, a provider of flash-optimised hybrid storage solutions. Sandford could see the benefits of the technology and within one month the purchase had been approved, the solution ordered and a Nimble CS240G array was deployed.

“The system is configured to three virtual hosts running roughly 30 virtual servers, supporting 130 people in head office and the 230-plus stores. Nimble came in and did the whole thing for us in one day,” he says.

Because the installation occurred at such a busy time for Jeanswest, Sandford also engaged Nimble’s help to upgrade from an old version of VMware on the virtual host. “We didn’t have time to do the upgrade, so they were able to do the patch and get the whole system up and running for us.

“The main things that Nimble has given us are redundancy and disk savings through compression. We have a RAID 6 environment so all our data is protected to a higher level, and although we are only using about a quarter of the total disk space at present because we haven’t migrated all our data yet, we are already saving around 1.5 terabytes of space.”

Compared to the previous solution, rack space has been reduced by almost a half. Administration has become easier due to the use of the InfoSight portal. “Storage is no longer a bottleneck on our environment so it’s not something we have to constantly monitor. Therefore, the main things we look at on InfoSight are the volume usage and the compression. InfoSight has also given us the ability to manage volumes and set up things such as arrays faster and more easily.”

One benefit Sanford hadn’t expected was the difference in speed. “Our previous SAN was fibre channel and the Nimble solution is all 10Gb Ethernet. Although it wasn’t our number one goal when looking at a replacement, we’ve found the speed that Nimble can produce is a real benefit for us.”