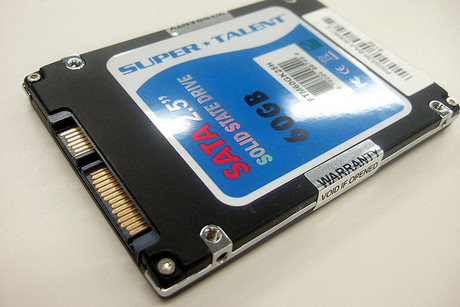 Situated in Coorparoo, Queensland, Villanova College is an independent Catholic school that provides education for boys from years 5 to 12 and in 2014 has an enrolment of over 1200 boys.

Villanova is justly proud of its information technology capability. It maintains a one-to-one laptop-to-student ratio for year 7 and up, and in years 5 and 6, there is at least one laptop for every two students.

But in mid-2013, Villanova’s disk-based storage solution was close to retirement and the ICT manager, Craig Smith, was keen to use the opportunity to improve the college’s storage capacity and efficiency.

“What we had back then was inefficient,” Smith admits. “Managing storage took too much time for little value-add. Managing backup processes was time-consuming. We didn’t have the tools to measure efficiency, plus we were outgrowing the storage capacity.”

While one option was to extend the warranty on their existing SAN storage, Smith didn’t believe this was the best path forward. So he turned to Villanova’s IT partner, Aryon, for advice. The IT support company has worked with the college for some years and has a deep understanding of its needs.

Aryon recognised that whatever solution was chosen, it would have to be easy to manage and, ideally, free up time for the IT team. After considering market offerings, Aryon suggested Smith take a close look at the flash storage solutions offered by Nimble Storage.

“I had been looking at traditional storage options such as Dell and HP and had compared the capacity, performance, power consumption, cooling requirements and the rack space they required. After researching Nimble and learning about its smart compression and intelligent indexing system utilising SSDs for faster access, I believed this was the way forward for Villanova,” says Smith.

With Aryon’s help a Nimble Storage CS240G array with 24 TB of raw capacity was installed at the college.

“Including four new hosts, we now use only a third of one server rack. Configuration took under 30 minutes. The system was operational for a week on its own prior to migrating several of our non-critical virtual machines across without incident. Over the next few weeks our entire production environment had been migrated to Nimble,” Smith says.

Using Nimble’s approach to compression, more than half of the new array’s total capacity is available for growth over the next three years. On MS Exchange for example, Villanova is achieving a compression rate of roughly 2.7, while the school’s TASS student administration and financial management system has gained around 450 input/output operations per second.

“Today the whole school runs on Nimble. The advanced methods employed by Nimble resulted in improvements in performance of our TASS system and we’ve certainly seen improvements in stability,” Smith asserts.

The time required to carry out storage-related administration has dropped from nearly half a day per week under the old system to just minutes per week.

The college has been able to completely switch off the older tape backup system by utilising Nimble’s snapshot capabilities and Microsoft DPM as a secondary backup-to-disk solution. The use of Nimble snapshots to backup Exchange and SQL Server has made the overall process faster, simpler to manage and more reliable.