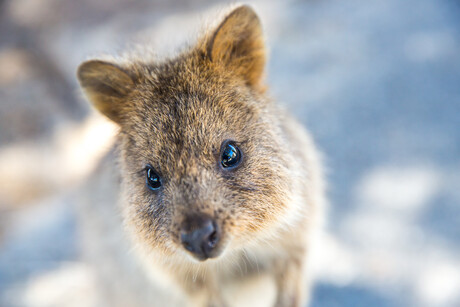 The Pawsey Supercomputing Centre has announced that its new system will be named Setonix — the scientific name for the quokka. The HPE Cray EX supercomputer will be 30 times more powerful than Pawsey’s existing systems, Magnus and Galaxy, and will be used to help accelerate research projects such as the Square Kilometre Array.

Pawsey Centre Executive Director Mark Stickells said the name Setonix was chosen as a nod to the unique marsupial, which has become a WA icon and a global tourist attraction. Stickells noted that Pawsey has a long affinity with the quokka, as one of its existing systems was used by UWA Associate Professor Parwinder Kaur to map the quokka genome as part of an international conservation effort.

“The quokka is an iconic Western Australian animal that has helped promote our state to the world, just as our work at Pawsey helps raise the profile of Western Australian and Australian researchers on the world stage. Selecting Setonix as the name for our new supercomputer recognises our pride in being a national supercomputing facility located in WA, and the work we do in enabling science and accelerating discovery,” said Stickells.

Setonix marks a change in Pawsey’s supercomputing firepower, with currently supports the work of more than 1600 researchers from its Kensington facility. Setonix is so powerful that its computing power is described in petaFLOPS, representing the number of floating point operations that can be conducted per second. To match what a one petaFLOPS computer system can do in one second, you would have to perform one calculation for 31,688,765 years.

The existing supercomputers at the Pawsey Centre, Magnus and Galaxy, have 1.83 petaFLOPS of raw computer power. Comparatively, Setonix will deliver 50 petaFLOPS of power.

“Supercomputers divide big problems into smaller problems that can be solved at the same time — known as parallel processing. Our existing flagship system capacity is equivalent to about 33,000 PCs working in parallel, so a problem that would take almost a year for a single computer to solve working step by step takes our current system about 12 minutes. Setonix will be 30 times more powerful than that,” said Stickells.

Setonix will be delivered in two stages, with the first stage, due in late 2021, to increase the computing power of the centre by 45%. Phase two will be available by mid-2022. The system has been designed to give Australian researchers an edge in emerging research fields such as artificial intelligence and machine learning.

Stickells said Setonix will help research agencies around the world manage the data collected through the Square Kilometre Array, and support Pawsey’s role as part of the international consortia helping to advance COVID-19 research. Stickells predicts that, on delivery, Setonix will be the fastest public research supercomputer in Australia and potentially the Southern Hemisphere.

“It will help us better understand climate change, the warming of oceans and the genomics of plants that can tolerate drought — or the genome of a furry little marsupial on a remote island in WA. It is a project that underscores WA’s importance to international scientific collaboration,” said Stickells.