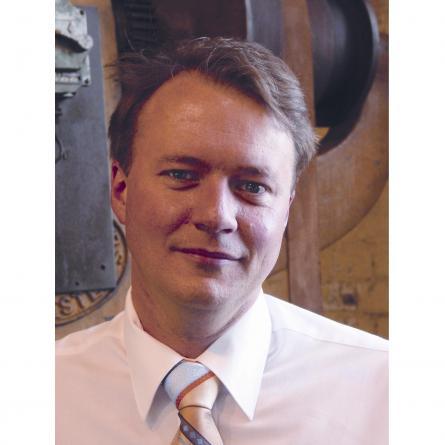 The ATSE Clunies Ross Awards recognise Australia’s pre-eminent scientists and technologists who have bridged the gap between research and the marketplace. They are awarded to people who have persisted with their ideas, often against the odds, to the point that their innovations are making a real difference to the economic, social or environmental benefit of Australia.

Dr Nicol won his award for his work on mobile phone technology that affects daily communication on a global scale. “Chris has pursued his vision of building a world-leading integrated circuit research group and a state-of-the-art chip design team in Australia. His work with smart technology applied to products like cars and airplanes - technology inside products - offers tremendous promise,” said the Chairman of the ATSE Clunies Ross Foundation,  Bruce Kean AM FTSE.

“Dr Nicol developed low-power broadband integrated circuit design techniques that have been widely adopted in mobile phones and other systems. In his role as CTO Embedded Systems at NICTA, Dr Nicol has played a pivotal role in establishing Embedded Systems Australia, an industry cluster whose members are collaborating to strengthen embedded systems and related industries in Australia," said Dr David Skellern, NICTA's CEO.