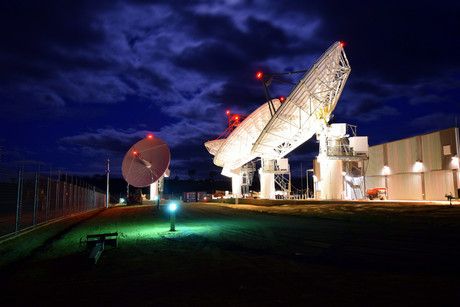 The federal government has revealed plans to launch the first of two NBN satellites at the start of October.

The satellite will be launched from French Guiana on 1 October. French Guiana is home to the Guiana Space Centre, used by France's space agency, the European Space agency and commercial launch service provider Arianespace.

Arianespace will bring the satellite into orbit on its Ariane 5 launch craft. The satellite has been designed by Space Systems Loral (SSL). It has a design service life of at least 15 years.

Once in orbit, nbn plans to use the satellite to provide services for more than 200,000 premises in regional and remote Australia. They will be used to provide broadband services at peak speeds of up to 25 Mbps.

The new satellite has been dubbed 'Sky Muster' by six-year-old Bailey Brooks, the student who won the opportunity to name it by winning a nationwide nbn drawing competition. Brooks' winning drawing will be emblazoned on the rocket launching the satellite into orbit.

The second planned new NBN will be launched next year. Optus last year won a five-year contract to operate the two satellites for nbn. The deal covers tracking, telemetry and control services.

Collectively, the two satellites will provide the Long Term Satellite Service (LSS) for the NBN.

The LSS will replace the Interim Satellite Service, which was taxed by over-demand to the extent that ISP iiNet had complained that the number of users was making the service "almost unusable" at peak times. The service reached its 48,000 subscriber limit early last year.

The UK government will allow Huawei to provide equipment for non-core components of 5G networks...