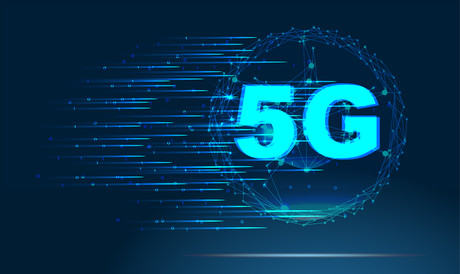 The ACCC has tacitly admitted that TPG will be unable to roll out a mobile network in Australia without the use of equipment from Huawei, the Chinese vendor claims.

The vendor is basing this claim on the ACCC’s lack of objection to the evidence Huawei Australia provided for the court battle between the regulator, TPG and Vodafone Hutchison Australia (VHA) challenging the ACCC’s block on the proposed merger between the two companies.

Huawei Australia provided four affidavits to TPG in support of the joint application for a declaration from the Federal Court of Australia.

The ACCC had blocked the merger on the grounds of its belief that there is a real chance that in the absence of a merger, TPG would become Australia’s fourth mobile network operator.

TPG had been intending to deploy its own mobile network, with the plan involving deploying primarily a small cell network using custom antennas designed by Huawei, focusing initially on capital cities and providing data-only services.

But TPG abandoned these plans in January following the ban on Huawei providing equipment for Australian 5G mobile networks. At the time, TPG said it saw no point in rolling out a network that cannot be upgraded to 5G.

While TPG has been arguing in court that many other factors made its initial plans to roll out the mobile network untenable, a key component of its argument is that it would not be able to procure equipment with the specifications Huawei had been promising from any other vendor.

According to Huawei, the ACCC has not objected to the content of the evidence it submitted in the case, and no Huawei witness was called for cross-examination. This represents an acceptance that no other vendor could provide the required equipment, the company claims.

“We are very pleased that the ACCC has accepted our proposition that our 5G products are world-leading and cannot be replicated by any of our competitors,” Huawei Australia Director of Corporate and Public Affairs Jeremy Mitchell said.

“It is therefore even more regrettable that Australians will not be able to access our world-leading 5G technology and will pay more for inferior technology and get poorer quality 5G.”

The court case had its final sitting day on Tuesday, but the justice hearing the case has warned he may not be able to deliver a verdict until February next year.

Meanwhile, internationally, Huawei is facing even more regulatory woes in the US, with a bipartisan group of congressmen introducing a Bill that would provide funding for US telecom operators to “rip and replace” any equipment on the network supplied by Huawei or other Chinese vendors.

The Bill proposed at a House Committee on Energy and Commerce hearing last week would allocate a further US$1 billion ($1.5 billion) towards helping particularly smaller operators cover the cost of an equipment replacement program. The US Senate has already approved a Bill allocating US$700 million for the same purpose.

The US government has already banned the use of Chinese equipment in government networks, and has recently placed Huawei on an “entity list” that effectively bans US companies from doing business with the operator — although this ban has been the subject of several temporary postponements.

But elsewhere in the world Huawei is continuing to carve out a strong foothold in the 5G equipment market. The company has announced it has signed an agreement with Malaysia’s largest mobile operator, Maxis, to provide 4G and 5G equipment for its network evolution program.