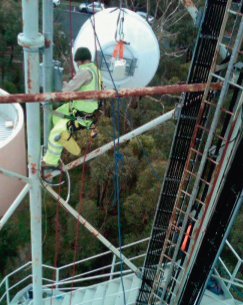 The sanctuary covers 14 hectares and is now home to 100 species of birds and many native mammals, most of which are nocturnal and highly endangered.

In June 2010, Zoos SA bought Warrawong in a joint venture with the local Ngarrindjeri people. At that time, Zoos SA’s only connection to the outside world was a low-speed 256 Kbps service. Zoos SA recognised it needed to link Warrawong with the communication systems at the Adelaide zoo.

MIMP Connecting Solutions installed four Aviat microwave devices to connect the Zoos SA head office, about 25 km from the sanctuary. One device is installed at each end of the link, with two more located at Mt Lofty, a geological high point on the Adelaide Hills face, which provides the central connection point. 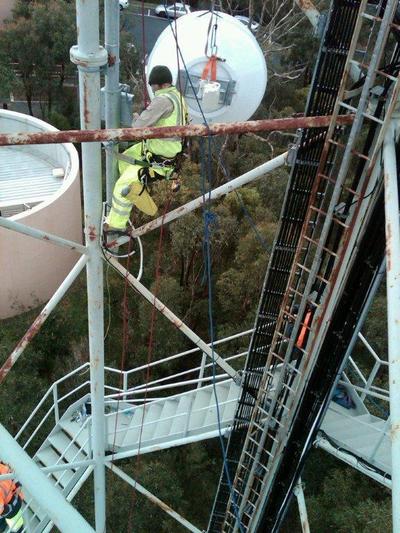 The high-capacity licensed microwave link provides a 32 Mbps full-duplex connection between the sites. The Aviat microwave devices use less power than a 40-watt light bulb.

Because building a 35-metre mast was out of the question due to its environmental impact, MIMP used its own profiling software to plot a solution from Warrawong via the Mount Lofty Fire Tower to Adelaide Zoo in North Adelaide. The solution was based at ground level excluding vegetation.

Picking out a visual line of sight from Warrawong to Mt Lotfy proved difficult. MIMP found that only one location on the site could provide the necessary line of sight: a thick tree with minimal foliage.

As well as designing special mounts with outdoor cabling to conceal the microwave hardware within the canopy, the tree mount securing the equipment had to tolerate movement to ensure a stable link.

MIMP also installed some equipment on a fire tower that had to be specially strengthened. The company designed footing braces for each of the six legs on the Mt Lofty Fire Tower, which previously had been overloaded, despite earlier attempts to strengthen the tower.

The $70,000 connection - which was half-funded through sponsorship provided by MIMP - is expected to pay for itself in eight months, by eliminating the need for zoo staff to travel between the two properties for meetings. The connection will also enable a business centre located at Warrawong to offer videoconferencing, making it a more attractive location for business events. The zoo is also using the wireless link for VoIP telephony, further driving down its operating costs.

The commercial cost to purchase a 32 Mbps service from a carrier would be more than $4500 per month: in contrast, the cost to run the new link is just $346 per month. The links are monitored 24/7 by the MIMPNOC (Network Operations Centre) via a VPN connection to a server that automatically notifies a technician within one minute, and the customer within 10 minutes, if a problem is identified. A technician can be on site within four hours if required.

“In terms of telephony, the system has allowed us to install handsets which are an extension of the Adelaide Zoo telephone system, effectively giving us free calls between sites,” said Tony Russo, Chief Financial Officer of Zoos SA.

The solution has also allowed Zoos SA to replace old cash registers with an online point-of-sale system in the Warrawong cafe, retail and admissions areas.