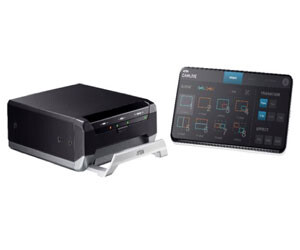 Providing a fluid video streaming workflow for dual camera/single operator set-ups, ATEN’s UC3022 CAMLIVE PRO, a video capture and switch device, turns any professional 4K camera, camcorder or GoPro into an HDMI video source for a computer or mobile device to stream, coupled with its feature-rich DVE (Digital Video Effect) options and chroma keyer. The device is plug and play compatible with most streaming software and social media platforms, and is suitable for streamers who want to make interviews, presentations or even live events. The device was introduced to fulfil the growing demand for videoconferencing, livestreaming, online conferences, distance education and online worship, by allowing users to create and stream professional-level content.

The CAMLIVE PRO combines mixing, video capturing, encoding, two-channel video source switching from HDMI cameras and a professional-grade audio device in one compact and portable device taking away the difficulty of using and carrying heavy and complex equipment. Moreover, with its accompanying Android and iOS apps, users control their video stream freely and wirelessly while editing it in real time without having to stand next to the device.

Users can mix and capture two non-HDCP 4K live videos at 1080P UVC format on a PC or mobile device via USB 3.x interface, with seamless transitions. The free ATEN OnAir Lite App provides wireless control, allowing users to arrange multi-elements into program mix with continuous feature updates. Intuitive Android/iOS app control also allows users to set up their camera gear behind the camera and direct their livestream from anywhere, while easily identifiable chroma keys make it appear as if users are anywhere by changing the background. The device enables users to stream everywhere, by setting up their camera gear and directing their show from any location. The device supports real-time HDMI program preview and audio mixing.

The UC3022 CAMLIVE PRO also received the Best Choice 2021 Category Award in Peripherals & Accessories, making it the fourth consecutive time that ATEN has won a Best Choice Award. It is one of the honours at Computex, and the judging process consists of three stages that focus on product functionality, innovation and market potential.

I am interested in ATEN UC3022 CAMLIVE PRO video capture and switch device .

Complete the form and a supplier representative will be in touch. 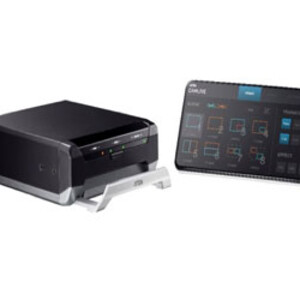