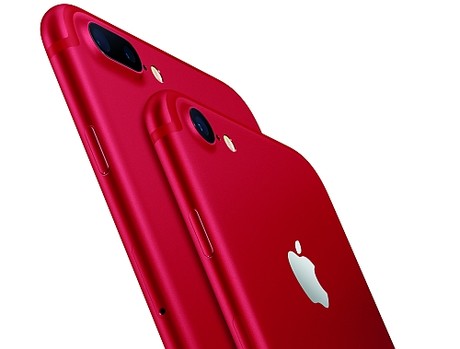 Apple has announced new variants of its flagship iPhone 7 and iPhone 7 Plus smartphone as well as its most popular iPad tablet.

The company will this week launch red versions of its iPhone 7 and 7 Plus smartphones to celebrate its more than 10-year partnership with (RED), the global fund to fight AIDS, tuberculosis and malaria.

(RED) was founded in 2016 by U2’s Bono and activist attorney Bobby Shriver with the long-term goal of wiping out AIDS. Apple said it is the single largest donor to (RED), contributing US$130 million over the fund’s more than 10 years in operation.

Apple has also announced a new update to its 9.7″ iPad to add a brighter Retina display with over 3.1 million pixels.

The new iPad will also be available in Australia from 25 March, with prices starting at $469.

Apple has also introduced a new feature for iOS allowing users to easily combine video clips, photos and music into content that can be shared over social media or the Messages iOS app.

The feature is compatible with the iPhone 6s and later as well as newer iPad models and the sixth-generation iPod Touch, as long as devices are running iOS 10.3. It will launch for free on the App Store in April.