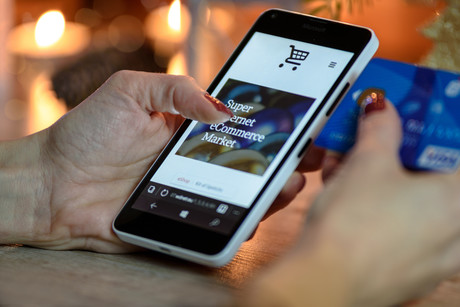 Australians prefer digital catalogues over hard copy ones when it comes to window shopping, according to new research.

The research by Roy Morgan shows there has been a rapid uptake of digital catalogues, with 3.8 million or 18.5% of Australians exclusively reading them via a digital platform.

“Just as we have seen habits change when it comes to consuming video and music through streaming platforms, more Australians are now turning to digital platforms to view their much-loved catalogues," said ShopFully Australia Manager Dean Vocisano.

“We really think this shift is a natural progression from physical to digital consumer habits. It’s not only more convenient, it’s a matter of sustainability with more people aware of the impact of the overuse of materials such as paper and plastic.”

ShopFully, which now has more than 1.5 million Australian shoppers, is ranked in the top 10 most downloaded shopping apps together with the likes of Amazon, eBay and Afterpay, has seen download growth of more than 300% in the last six months alone and this trend will only continue to increase as consumer habits continue to change.

In recent months, having seen consumer habits change, ShopFully has developed and launched a new proprietary technology which leverages on first-party data of its app users and partners with third-party networks to finds look-alikes that enables its retailers and brands to reach more than 11 million Australian shoppers nearby their stores and optimising to increase footfall based on real-time analytics.

Australian retailers who have so far partnered with ShopFully to house their digital catalogues on a single platform include Coles, Big W, The Reject Shop, Telstra and Harris Scafe.

“We have seen a definite spike in ShopFully users in Australia since we launched here in 2016,” said Vocisano.

“To be successful it is crucial to understand how Australians shop and now that we have created this relationship with our shoppers (in 2018 we monitored 1.4 billion product interactions, and 80 million store visits, with triple-digit growth rate compared to the previous year), the company has decided to accelerate its growth plan in Australia with important investments in technology, innovation and continued accelerated app growth.

“This Roy Morgan research highlights the need for retailers to carefully consider their marketing budget as we can now safely say digital catalogues are becoming a preference for Aussies.”

About 80% of those surveyed by Roy Morgan said they read digital catalogues to discover new products and 69% said it was a stress-free way to browse or window shop. For some, inspiration for new gifts was key (68%) while reading a digital catalogue was also a way to relax and unwind (38%).

Meanwhile, 80% of people were also likely to tell a friend about what they saw in a digital catalogue, with 4.6 million Australians or 46% of readers emailing or texting a picture of a product to friend or family member.

“Digital catalogues certainly make it easier for people to pass on information and have less physical clutter in their lives,which is also an important emerging trend,” said Vocisano.