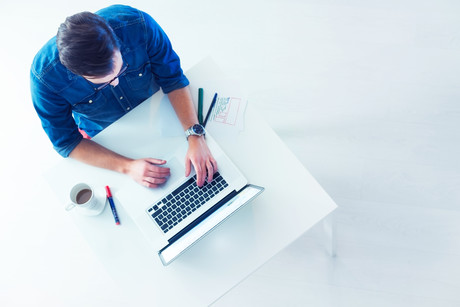 Internet neutrality and freedom of speech are under threat by Donald Trump’s administration, according to a QUT academic.

Matthew Rimmer from the Faculty of Law said that the Trump administration has been seeking to dismantle network neutrality rules as part of its deregulation agenda.

“There will be a massive online protest by a wide array of companies, including Amazon, Netflix, Shapeways, Kickstarter, Twitter and Reddit, along with organisations like the American Civil Liberties Union, Greenpeace and the American Library Association,” said Rimmer.

“July 12 2017 is a Day of Action to Save Net Neutrality in the US, an event responding to plans by the Federal Communications Commission under the leadership of President Donald Trump’s chair, Ajit Pai, to repeal government rules which established net neutrality.”

Network neutrality started out as a philosophical concept, developed by Professor Timothy Wu from Columbia University, to address discrimination by broadband service providers. It was designed to preserve a free and open internet by preventing broadband providers from blocking, throttling or slowing internet services.

It ensures consumer rights are not undermined by internet service providers and that they do not suffer a dystopia of slow lanes and fast-paid lanes on the internet.

It also helps ensure the internet is a free and open platform which supports innovation. In particular, it ensures that start-up companies and new market entrants have an equal playing field. Without such protections, internet service providers could use their role as gatekeepers to reinforce their monopolies.

“We have not seen such a massive online action since the protests against the Stop Online Piracy Act, in which Wikipedia and other online sites staged a blackout against draconian copyright laws,” Rimmer said.

“The issue has been periodically raised in the context of debates over the nbn, media convergence and competition reform. There are, though, concerns about the speed of broadband services in Australia and the problem of the data drought,” said Rimmer.

“At a time at which it is modernising its media laws, Australia would benefit from the introduction of the principle of network neutrality. The public interest doctrine would boost consumer choice, competition and innovation in Australia.”