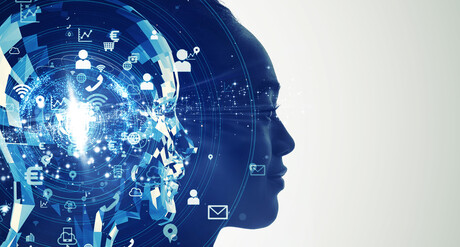 The winners of the inaugural Australian and New Zealand Women in AI Awards were announced on 26 March 2021, at the MCA in Sydney. The awards were conceived by the global Women in AI movement, and produced locally by networking specialist Jewelrock.

Covering 11 categories, with a Grand Award for Australia – New Zealand WAI Innovator of the Year, the awards recognised the best and brightest women across the Australian and New Zealand AI community.

Wen Chen, from CSIRO’s Data61, received the award in the AI in Finance Award, while Dr Michelle Perugini, the CEO and Co-Founder of Presagen, received the AI in Health Award.

Dr Beena Ahmed, a Senior Lecturer at the School of Electrical Engineering and Telecommunications at UNSW, took out the AI in Education Award. The AI in Innovation Award recognised the achievements of Yolande Strengers, Associate Professor of Digital Technology and Society at Monash University.

Aurelie Jacquet, Chair of the IT-043 Standards Committee on AI, secured the AI in Law Award, while Juliette Murphy, the Co-Founder and CEO of FloodMapp, received the AI in Mining Award.

The awards for AI in Manufacturing and AI in Agribusiness were given to Jamila Gordon, CEO and Founder of Lumachain, and Fiona Turner, Co-Founder and CEO of Bitwise Agronomy, respectively.

The Grand Award for WAI Innovator of the Year went to AI in Manufacturing winner Jamila Gordon, who predicted a bright future for women in AI.

“The global organization Women in AI (WAI) was founded in 2017, with the mission to close the gender gap in the field of artificial Intelligence. Tonight, I am very glad that our amazing team in Australia is honouring our vision with these awards,” said Moojan Asghari, co-founder of WAI.

Opening addresses from Moojan Asghari, WAI Education Ambassador Angela Kim, and Minister for Industry, Science and Technology the Hon Karen Andrews, all highlighted the value and importance of women in STEM and AI across the region.

“These awards shine a light on the inspiring work of talented women in AI. Like other areas of STEM, it’s incredibly important we nurture an AI culture that’s gender inclusive,” Minister Andrews said.

The Minister went on to outline several projects contributing to the advancement of women in AI, including the Superstars of STEM Project, which helps raise the role of women in diverse STEM fields, including AI.

“The challenge is not a lack of talented and inspiring women in STEM. Ensuring women are supported to thrive in AI, and celebrating them to inspire our next generation of women, is where more action is needed. I look forward to seeing these awards promote women's visibility in STEM, and contribute to an industry culture that spurs more women on to pursue careers in AI,” Minister Andrews said.

“The public discourse will now recognise that no nation can reach its full potential without engaging the 50% of its population that is female,” Bishop said.

Dr Foley noted that it is important to raise the profile of amazing women in future technologies, in order to achieve a truly diverse workforce.

Two Aussies among 40 women leading the way in AI innovation

Melissa Dorey (Telstra) and Annie Shu (Westpac) were recognised alongside 38 other women as part...