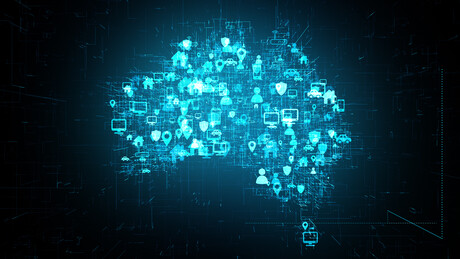 Lacework, the data-driven security platform for the cloud, has announced a global business expansion into Australia and New Zealand. Led by newly appointed ANZ General Manager Graham Pearson, the local team has grown to 23 people since June and signed several foundational customers. Lacework’s security and compliance offerings aim to serve the needs of developers building solutions in the cloud as well as security teams. Lacework is built to help organisations overcome the challenges of increasing data volumes, and replaces fragmented security solutions with an easy-to-use platform. With ANZ currently facing a significant digital skills gap, automated security solutions are positioned to support overstretched IT and security teams.

“Lacework has changed the game when it comes to security. What sets our platform apart is the thesis that security is, at its heart, a data problem. By focusing first on what is normal rather than establishing rules, our customers can consolidate many bespoke tools into fewer alerts, simplify management and automate security policy. It is easier, smarter, comes with zero implementation cost and requires minimal people to run it,” Pearson said.

Launched in 2015, Lacework enables organisations to see and understand cloud changes at scale, without requiring manual interventions or rule writing. As the cloud continues to grow in terms of complexity and capabilities, it also creates new opportunities for attackers. Lacework’s cloud security platform, anchored by Polygraph, a proprietary learning algorithm, solves data problems in a way that is suitable for cloud environments. As part of Lacework’s expansion into Australia and New Zealand, Pearson — who has led in-region development for AT&T Cybersecurity and Okta — will lead the ANZ team as Vice President and General Manager, joined by a group of well-regarded industry leaders.

This expansion follows nine straight quarters of sequential revenue growth for Lacework. The company also raised $525 million in funding from Sutter Hill Ventures and other top-tier investors in January. Lacework plans to hire additional staff in 2022, and the ANZ team will serve as a launchpad for further growth across the Asia–Pacific region over the next 12–18 months. “We have hired a strong local team and hope to continue to attract the best IT talent in our region to support our growth plans,” Pearson said.

The ANZ Lacework team will be working across four go-to-market streams — direct business, Reseller, MSSP (managed security service) and Partners, including Google, AWS, Azure, Katana1 and CTRL Group. “Cloud customers are laser focused on what they do. They expect the same from us. Katana1’s focus is data. Lacework shifts our data security practice into a new dimension. Lacework to security is what HyperLoop will be to trains. Better. Faster. Efficient,” said Ross Ogilvie, Director of Katana1.