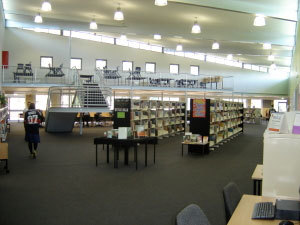 Arndell Anglican College has reduced its monthly phone bills by 50% and improved its voice service levels, thanks to a new SIP trunking service.

Arndell is a co-educational Primary to Year 12 school located in Oakville and is a member of the Sydney Anglican Schools Corporation.

“As a school we need to provide fast and efficient and reliable service to our parents,” said Rohan Smith, Head of IT Services, Arndell Anglican College.

As the school upgraded its data network in line with its long-term IT strategy, it decided it was also time to upgrade its telephony system.

“We previously had an old Commander PABX which had limited lines and limited features so we were unable to transfer calls effectively to the right locations in a time-efficient manner,” said Smith.

With no call transfer or voicemail features, staff were reduced to taking notes on paper and passing messages around by hand. This affected the school’s ability to provide a high level of service to the community. At the same time, the school found that its call costs were increasing, which led it to look for alternatives.

The school ultimately chose MyNetFone to update its telecommunications services to meet its communications needs. This was done in partnership with Vertel, Arndell’s data provider, which provided a dedicated link for the carriage of IP data and voice traffic.

The new system includes features such as ‘Follow Me’, to redirect incoming calls in case of PBX failure, and ‘Caller ID Overstamp’, displaying the school’s original PSTN number on outgoing calls.

Vertel provided the college with separate VLANs for voice and data. A direct peering arrangement between MyNetFone and Vertel was established via a Layer 3 connection. The college benefits from quality of service with voice traffic staying on-net and avoiding the public internet.

“We moved from five PSTN lines to 20 virtual lines with the MyNetFone SIP Trunk service and have reduced our phone bill by several thousand dollars as a result,” said Smith.

“In addition to reducing the calls costs, we found the most savings were on line rental. We’re now paying the one fee for the 20 lines as opposed to five line rental charges.”

This amounts to around a 50% saving on phone spend. The savings have been reinvested into other IT upgrades. The college has improved voice communications service levels, making it easier for parents to reach teachers within the college and for messages to be delivered.

“We’ve been able to move to a more professional approach in terms of our voice communications with the outside world.”