As part of a major security system expansion, Chemist Warehouse has deployed IP network cameras to monitor its expanding Australian retail network, in order to comply with the strict regulatory requirements of the Australian pharmaceutical industry. 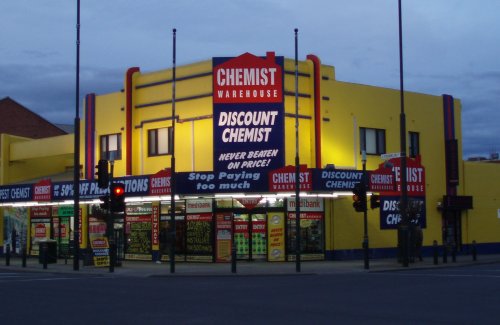 “As our retail network is constantly expanding we needed a scalable, robust and reliable surveillance system,” says Ryan Calvert, IT Operations Manager for Chemist Warehouse.

The company decided against an analog solution, instead opting for an open platform, IP-based solution.

“It provides the back end to support evolving software applications and network integration. There is no way an analog solution could provision for our future surveillance needs - if we ever wanted to upgrade the network or deploy a new software application, we would literally have to rip it out and start again,” Calvert says.

The company deployed 1500 cameras from Axis Communications across its 170 stores. An additional 1000 cameras are expected to be installed at Chemist Warehouse’s 40 new stores by the end of 2011.

One key requirement for the solution was reliability.

Calvert explains: “As with all Australian pharmacies, we stock a large variety of sought-after prescription and over-the-counter medications. This means we have to adhere to a number of industry regulations, one of which is maintaining a reliable security network, so we cannot afford to have even one camera down.”

The new solution proved adequate in this requirement.

“Our blind testing revealed that Axis’s cameras have a less than 1% failure rate, compared to cameras from other vendors which generally had a failure rate of between 4 and 5%,” Calvert says.

Chemist Warehouse was also happy with the post-sale support provided.

“We found that with most other vendors, as soon as the sale transaction was complete we never heard from them again. This was not the case with Axis, we have developed a long-lasting relationship with the local sales team, who regularly check in to learn about our new business plans and evolving surveillance needs to ensure we always have the optimum solution in place,” Calvert says.