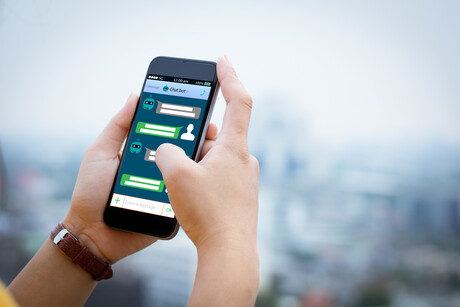 Apple enables its iMessage service by default through its Messages app which, along with FaceTime, is pre-installed on iPhones, and may be used on other Apple devices. Approximately half of the mobile operating systems in Australia are Apple iOS.

ACCC Chair Rod Sims noted that many Australians use a range of messaging services, commonly choosing the biggest providers in part because their friends, family, colleagues and acquaintances are also more likely to use them, and because most online messaging services don’t allow consumers to send or receive messages to users of different services.

“This means the big players have a significant competitive advantage over small entrants,” Sims said.

Research conducted by the ACCC for the report revealed that many digital platforms, including online private messaging providers and suppliers of advertising services, can track users’ activities online and on mobile apps, through the use of cookies, software development kits and other technologies.

AppCensus research also shows that large platforms and advertising service providers can receive a range of user information from Android apps. An examination of the terms and policies of online private messaging services found that most included broad statements allowing for the collection of extensive information about users, with little clarity about how the data is collected, used or shared with others.

The ACCC considered that emerging technologies, such as voice-activated devices and augmented and virtual reality services, would likely provide the platforms with even greater ability to collect data on consumers.

“As large platforms continue to collect vast amounts of consumer information, they are also expanding into new sectors, growing their ‘ecosystems’ and with it, their market power and ability to draw in, and lock in, consumers,” Sims said.

Sims cautioned that while these expanded services can provide benefits for consumers, the impacts on competition and consumer choice must be monitored and considered. The ACCC also found an increase in scam activity on digital platforms, including messaging services, with a number of scams relating to known celebrity scams or lotto frauds, some of which have been continuing in a similar form for many years.

As almost half of all visits to Google Search are now from mobile devices. This difference in display is significant, impacting on consumers’ ability to find information that best suits their needs, and the options that small businesses have to reach customers online.

The ACCC also found that standard agreements between platforms and businesses, which were seeking to advertise on those platforms, often left businesses at a disadvantage, as some of these terms gave platforms broad discretion to remove content, suspend or terminate accounts, and vary terms without notice.

“We continue to advocate for effective dispute resolution mechanisms to address complaints and disputes between platforms and businesses. This would also benefit consumers who fall victim to scammers using social media or messaging services. We also continue to advocate for a prohibition of unfair contract terms (with penalties applying to their use) and a prohibition of certain unfair trading practices,” Sims said.

The ACMA is backing reform of current regulatory safeguards for telcos, after research showed...