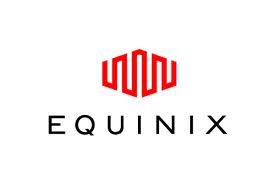 Equinix, a carrier-neutral data centre company, commissioned its new Sydney data centre in August 2011. This is Equinix’s third data centre in Sydney and it has the distinction of being built in the only Harry Seidler-designed warehouse that exists. It was originally a paper warehouse.

Equinix has 6 million square feet of data centre space globally and all of its Tier one data centres are in the main financial centres in the world. It has plans to build data centres in Seoul, Beijing, Mumbai and possibly Chennai. It is also considering Osaka in Japan and maybe Melbourne. A lot of Sydney customers are asking for a data centre in Melbourne, especially as the cost of doing business in Melbourne is lower.

Samuel Lee, President Asia for Equinix, believes the growth of the internet and cloud computing will continue to drive demand for data centres like the one the company has opened in Sydney.

Lee said financial companies appreciate the low latencies that can be achieved with so many carriers so close together in one data centre.

“For example, when they are doing trades when low latency is crucial,” he said.

SY3 - the new data centre - was built at a cost of US$65m, with phase one of the facility offering 1000 cabinet equivalents, which will expand to 3000 with subsequent phases.

This month, Equinix will launch a free service called Marketplace where customers can put up a web page and market their services to other Equinix data centre customers.