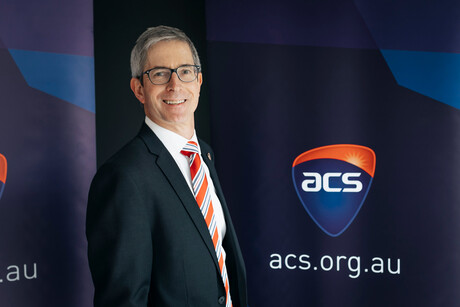 Grayston joined ACS in 2018 as Director of Professional Standards & Assessment Services. He will take the post of interim CEO while a global search for a permanent appointee to the role is underway.

Grayston also acts as a technology consultant based in Canberra, and has previously held roles including National Manager for Education at the Australian Property Institute and Head of Development and Education at the Office of Professional Standards Councils.

He also worked as a senior executive for over 10 years with Engineers Australia, a peak professional body of over 200 staff and 100,000 members.

“I’m excited to be leading ACS during this interim period as we undertake the search for a new CEO,” Grayston said.

“My experience in association management and strategy, as well as a thorough working knowledge of the dynamics of membership organisations, puts me in a strong position to look after the professional home for Australia’s ICT sector.”

Outgoing CEO Andrew Johnson has now concluded a six-year term as CEO of ACS. He originally joined the society in 2011 as General Manager for Strategic Initiatives and was appointed COO in 2013.

Johnson has over 15 years of senior management experience in both the higher education and vocational education and training sectors, having served in roles including Manager for Business Development, Training and Education at the National Association of Testing Authorities and Group Training Manager at Mission Australia.