Latest innovations on show at CEBIT 2019 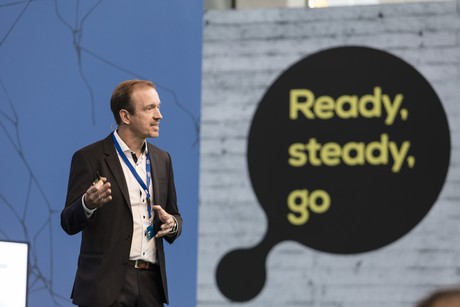 More than 200 expert speakers and technology innovators are coming to Sydney for CEBIT Australia 2019.

Many of the nation’s most influential leaders in technology and innovation will be part of the line-up for CEBIT Australia 2019, 29–31 October 2019.

More than 100 influential cross-industry representatives from eight committee areas have worked together for the first time to put together a program covering the future of industry, digital pioneers, technology gurus, technology innovators, start-ups, women in tech, supply chain and industry 4.0, and fintech and finance. Some of Australia’s best minds have worked alongside the CEBIT team and its new Chairperson, ex-Facebook ANZ CEO Stephen Scheeler, to produce a highly informative, curated session program highlighting industry trends and showcasing digital case studies from the world’s largest corporations.

The six themes that will shape CEBIT this year will be: transformation and disruption; driving business growth; data privacy and trust; the future of work; changing lives with technology; and applications of emerging technology.

“Based on extensive work with our incredible Advisory Committee members over the last six months, we formulated six content pillars to build the framework of the conference program,” said Scheeler.

“This will enable CEBIT to appeal to the new wave of technology buyers and specifiers that now shape the technology ecosystem, whilst also appealing to our traditional technology audience.”

CEBIT Australia is again delighted to partner with the NSW Government. Deputy Premier and Minister for Trade and Industry John Barilaro said: “As the innovation capital of Australia and leader in the ICT and start-up sectors, Sydney is the right home for major tech conferences like CEBIT.

“NSW has a $19 billion information, media and telecommunications industry; the largest of any Australian state. We wholeheartedly support the growth and development of the technology sector in Australia,” he added.

“To capitalise on NSW’s world-leading capability in quantum computing, the NSW Government invested $15.4 million in the Sydney Quantum Academy (SQA). The SQA will see universities collaborate to advance the quantum industry in NSW which has applications as far reaching as simulations to predict impacts of climate change, drug discovery and cybersecurity.

“We know that each technology-based job has been shown to create up to five jobs in other sectors. These are the jobs of the future.”