Microsoft co-founder and billionaire philanthropist Paul Allen has passed away due to complications from non-Hodgkin’s Lymphoma at the age of 65.

Allen co-founded Microsoft with childhood friend Bill Gates in 1975, and came up with the company’s original name: Micro-Soft.

QDOS was later renamed MS-DOS, which quickly became the dominant operating system in the PC industry.

Allen effectively resigned from Microsoft in 1982 after being diagnosed with Hodgkin's Lymphoma, but maintained his shares despite efforts by Gates to buy him out, resulting in him becoming a billionaire at age 37.

He was the 46th richest man in the world at the time of his death with a net worth of an estimated US$20.3 billion ($28.4 billion). Allen resigned from the Microsoft board in November 2000. 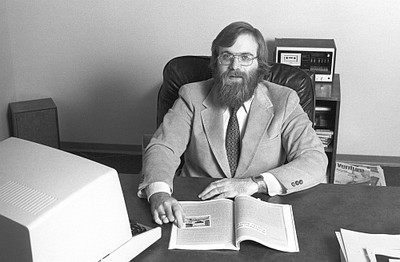 Allen founded his philanthropic venture Vulcan Inc. as an investment and project management company in 1986 and established the Paul G. Allen Family Foundation in 1988. In 2008, his lifetime philanthropic giving reached $1 billion in total.

“All of us who had the honour of working with Paul feel inexpressible loss today. He possessed a remarkable intellect and a passion to solve some of the world’s most difficult problems, with the conviction that creative thinking and new approaches could make profound and lasting impact,” Vulcan Inc CEO Bill Hilf said in a statement.

“Millions of people were touched by his generosity, his persistence in pursuit of a better world and his drive to accomplish as much as he could with the time and resources at his disposal.”