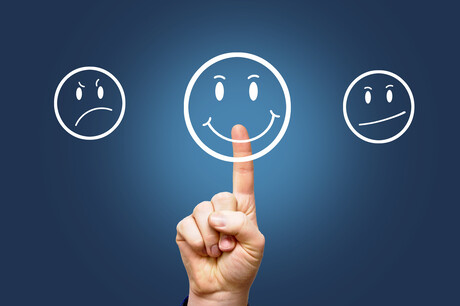 The federal government’s 2021-22 Budget announcement has received a mixed reaction from the technology sector, attracting criticism that the initiatives do not go far enough in critical areas such as cybersecurity.

The Australian Information Industry Association welcomed the government’s plan to implement a ‘patent box’ for the health technology sector that will ensure income earned from new patents that have been developed in Australia will be taxed at a concessional rate of 17%.

“We have a once-in-a-lifetime opportunity to reshape the technology at the core of the Australian health system. We are pleased that the Morrison government has taken our recommendation to implement a patent box, ensuring that business is able to receive tax incentives to ensure that IP is developed locally,” AIIA CEO Ron Gauci said.

“It’s understandable that medtech and biotech are the first beneficiaries. We will work to ensure that these incentives are extended to other areas of the ICT industry.”

Rackspace Technology Director of Strategic Partnerships and Alliances for APJ Angela Logan-Well likewise argued that while the patent box is a “great win for local R&D activities”, the commitment doesn’t go far enough.

“There’s no doubt of the importance medical and biotech innovation contribute to our society, but what we need is economical support from the ground up for all tech start-ups — including a policy review to allow tech start-ups to be able to break through government red tape... With patents already taking up to seven years or so to be approved, it’s inhibiting our tech start-ups now,” she said.

“To effectively scale and be on the world stage, we should be offering tax incentives beyond one industry. Australia has every opportunity to become an incubator for development and lead the way and work as a growth region for tech jobs and digital transformation.”

Representatives of the security industry also expressed disappointment that there weren’t more spending commitments in this area.

“In one of the biggest-spending Budgets we’ve seen in almost a decade, the overall investment in cybersecurity is pretty disappointing. The bolstering of Defence budgets and investments in education are great to see, but the Budget really doesn’t address what the government said was such an immediate need,” Cloudflare Head of ANZ Raymond Maisano said.

Secure Code Warrior co-founder and CEO Pieter Danhieux said the government should take the lead from US President Joe Biden and introduce something similar to his administration’s multibillion-dollar cybersecurity support plan.

“[Such a plan] would be a huge win for our online safety, as well as support the local cybersecurity industry, and is a clear signal that it is a serious consideration as we move forward as a future-focused nation,” he said.

“Right now, however, public sector agencies need to take a proactive approach to security, leaning into talent, automation, AI and machine learning to deliver adaptable, high-performing and secure applications that are a bedrock of today’s remote workforce.”

But Baden did welcome the government’s commitment to establish a National Artificial Intelligence Centre, made as part of the pre-Budget $1.2bn Digital Economy Strategy announcement.

“Australian business stands to gain significantly from the adoption of new technologies including AI as, not only is AI efficient in app security, but without the right technology businesses struggle to unlock the full value of application insights to inform the critical decision-making necessary to adapt to rising customer expectation,” he said.

The AIIA also welcomed the government’s $100 million commitment towards developing digital skills in the workforce, including through the creation of new digital cadetship programs.

“We represent the technology employers of Australia, so we look forward to working with the government to deliver its Digital Cadetship policy to ensure that people can embark on their digital careers and build skills and capability,” Gauci said.

But Pluralsight MD for APAC and ANZ Mike Featherstone said while this and other digital skills initiatives are encouraging signs, a “significant gap” remains in the form of a clear pathway to technology skills development.

“Neglecting the development of digital skills within Australia leaves the country reliant on attracting global talent that is both in high demand in every market and unrealistic in our current climate bound by COVID’s restrictions on travel,” he said.

“While some investment has been made, much more will be required if Australia hopes to become a leading digital economy by 2030.”

Over half (63%) of full-time Aussie workers say they'll likely be called back to the office...