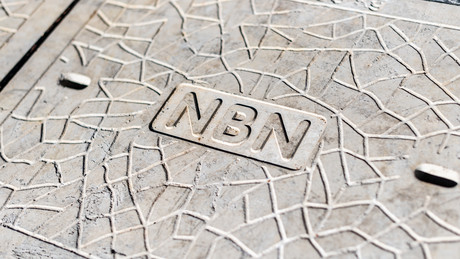 A report released by Communications Minister Paul Fletcher has confirmed that so-called ‘internet piracy’ declined dramatically following the arrival of Netflix and other online streaming services — debunking the need for ‘site-blocking’ laws controversially introduced following a well-funded lobbying effort by local representatives of the Hollywood studios.

In the same week NBN Co announced it is cutting in half its pricing for new connections to encourage reluctant consumers to sign up to its troubled broadband service.

What these two incidents suggest is we need politicians to engage more with industry experts when making technology-related policy decisions.

We also need IT/telecommunications groups to do more to ensure the government of the day is well advised.

And we need more mainstream media focus on keeping everyone better informed.

Ironically, it’s the internet itself that has largely solved the piracy problem by facilitating the creation of streaming services.

The vast majority of people guilty of ‘unlawful downloading’ did so because the content they wanted simply wasn’t available. Communications department research identified pricing and availability as key factors for people consuming pirated content.

Even the then Communications Minister, Malcolm Turnbull, was among those arguing that the best thing rights holders could do is make their product easily available and less expensive.

The video industry should have done what the music industry did years ago — build a solid online business so people no longer need to steal stuff.

Internet Australia warned the government its decision to dump fibre in favour of old copper wires (FTTN) was a formula for trouble for the nbn. And so it transpired. Less than a year until its scheduled completion the nbn is now available at more than 10 million premises yet only about six million customers have signed up.

I’m holding out myself because our very fast Telstra service is slated to be replaced with inferior technology guaranteeing only half our current broadband performance.

One wonders what expert advice our politicians received about the piracy issue before voting for site-blocking. We do, however, know that the communications department signed-off on the Coalition’s ‘multi-technology mix’ nbn model.

What’s more, the departmental secretary at the time, Drew Clarke, now sits on the NBN Co board along with all the other directors who have ignored mountains of evidence and voluminous industry advice. Even departing NBN Co Chief Executive Bill Morrow conceded that FTTN was causing problems.

Many in the IT sector, including the Chair of Internet Australia, Dr Paul Brooks, point out that FTTN will need replacing sooner rather than later — simply due to predicted consumer demand as our broadband needs inevitably grow.

Nobody knows quite how much this will cost, but we’re talking tens of billions of dollars. This will add massively to the eventual cost of the nbn and delay the delivery of 21st-century broadband to millions of consumers.

Sadly, the nbn is now so mired in politics [that] neither side is rushing to propose a way out. Some sort of bipartisan agreement on a rescue plan seems to me to be inevitable.

Completing the trifecta of recent problematic public sector technology policymaking is the Data Retention Act. Putting aside the arguments for and against government agencies having access to our personal and private communications, the drafting of the Bill and its introduction is a case study in how not to develop complex legislation.

The idea, which it must be said had the support of Labor, was to create a mechanism whereby law enforcement agencies could trawl through masses of peoples’ online communications metadata, using sophisticated algorithms, in order to detect terrorism-related activities.

For this to be truly effective you’d think they’d need access to all the relevant data flows. Yet when Internet Australia met with departmental officers having carriage of the project they admitted they didn’t even know how many ISPs existed, much less have a list or know where they are all located.

The legislation is so complex and fundamentally flawed there was widespread industry confusion even after months of consultations, and significant disagreement over what was actually required of ISPs. Telstra sought and received an 18-month extension on its requirement to comply while it tried to decipher the legislation.

So imagine the confusion within the rest of the industry. It took more than a year to implement the scheme.

In all three cases the decisions made by our politicians would have benefited from greater industry input and advice.

In 2020 we need to identify emerging technology policies and priorities, encourage open debate and ensure that when decisions are made they set us up to fully benefit from the digitally enabled future.

Laurie Patton is a former journalist and media executive, former CEO/Executive Director of Internet Australia and currently Vice President of the Telecommunications Society (TelSoc). The views expressed here are his and are not necessarily shared by TelSoc or its members.