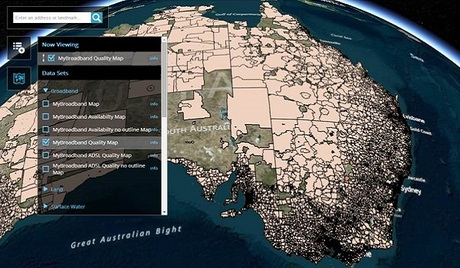 The federal government has launched an initiative to provide a single platform for government geospatial datasets to industry users.

The National Map Open Data initiative brings together geospatial data from the Bureau of Meteorology, Australian Bureau of Statistics and data.gov.au.

Information is presented in map format, and covers datasets including details about land, water, infrastructure, broadband access, boundaries and population.

The National Map has been developed by the Department of Communications in collaboration with NICTA and Geoscience Australia.

It has been designed based on open data principles to serve as a framework for geospatial data services, and more data will be added to the map over time.

The map will be shown off at GovHack 2014, which runs from Friday to Sunday. GovHack is a nationwide competition to develop innovative prototype apps, mashups and data visualisations using government data.

During the competition, hackers from industry, the public sector, civil society, universities and schools will be competing for prizes worth over $70,000.