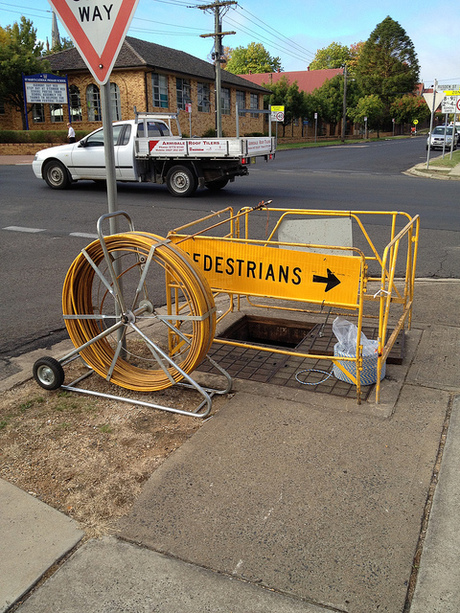 NBN contractor Syntheo will pull out of NBN construction in South Australia and Western Australia in early 2014, after the company and NBN Co “mutually agreed” not to renew existing contracts that will soon expire.

As part of the agreement, Syntheo - a joint venture between Lend Lease and Service Stream - will repay NBN Co advances for overheads.

“NBN Co and the Syntheo Joint Venture have mutually agreed that contracts due to expire in September 2013 and November 2013 in South Australia and Western Australia will not be extended,” a statement on NBN Co’s site read.

Syntheo will complete construction that’s already in progress, which is scheduled to finish sometime in early 2014.

Lend Lease said that it had reached an agreement with Service Stream under which will see Lend Lease “control the delivery of Syntheo’s remaining obligations under its agreement with NBN Co, subject to the satisfaction of approval conditions”.

NBN Co said it is “scoping the prospect of bringing on additional construction capacity in the coming months in both states”.

NBN Co CEO Mike Quigley said Syntheo’s withdrawal from SA and WA construction is not expected to affect the overall cost of the NBN or the long-term completion of the project by 2021.

Communications Minister Anthony Albanese said of Syntheo’s withdrawal: ‘‘It is not a setback at all, this is normal business practice.

“You expect [the NBN’s rollout] not to be smooth at all times,” Albanese said. “It won’t delay it and it won’t push up the price.”

“If you pay contractors at rates that do not enable them to make a margin, they're not going to work for you for very long,” he said.

“The NBN Co dramatically underestimated the cost of building this network and the time it would take to complete it.”

Earlier this year, Syntheo pulled out of NBN construction in the Northern Territory, handing over the remaining design and construction duties in NT to NBN Co.

The move came after NBN Co blamed Syntheo for a 14,000 drop in the number of premises it expected to pass by June this year.