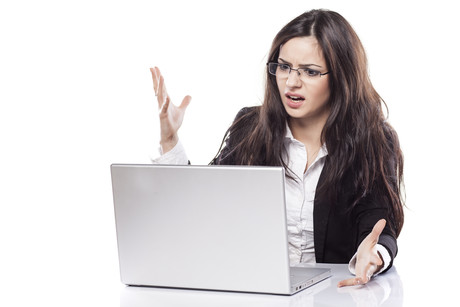 Complaints from consumers about phone and internet services declined 12% sequentially during the second quarter of FY20, according to the Telecommunications Industry Ombudsman.

Residential consumers and small businesses made 28,746 complaints to the Ombudsman during the December quarter, the watchdog’s latest quarterly report shows.

But total complaints during the second half of 2019 grew 1% compared to the same period a year earlier to 61,484.

The report shows that fault and connection complaints represented nearly half (47.1%) of total complaints during the quarter.

The top five issues for the quarter included service and equipment fees, no or delayed action by provider, delays establishing a service, no phone or internet service, and providers failing to meet agreed resolutions.

Telstra was the top provider by complaint numbers during the quarter, accounting for more than half (53%) of total complaint volumes. This was followed by Optus (21%), Vodafone (5%), iiNet (4%) and TPG (4%).

“When looking at the half-year-on-half-year comparison, it’s pleasing to see there was no significant increase in overall complaint volumes. Underneath this picture, the quarter 2 data is showing the impact on consumers of rapid changes in technology, regulation and in providers’ systems and processes,” Ombudsman Judi Jones commented.

“Fault and connection complaints about services delivered over the National Broadband Network continue their downward trend. ‘Missed appointments’ has dropped out of the top 10 issues, so consumers are telling us it’s no longer the critical issue for them. These results are a positive indicator of ongoing provider, government and regulator efforts to address the disruption of the past few years.”

Telecommunications industry body the Communications Alliance welcomed the report’s findings, with CEO John Stanton noting that the volume of complaints has now decreased for four quarters in a row.

“All of industry has been working to improve customer experience, and we are pleased to see the significant drop in this last quarter showing the positive impact of these efforts,” he said.

“While industry will continue working to improve, it’s pleasing that these data show customers are having better experiences with telecommunications faults, connections and missed appointments.”

Appian has created a free COVID-19 Response Management application for enterprises and government...

The AIIA has launched a new portal combining free services and resources available to Australian...

The Australian Communications Consumer Action Network has called on telcos to make sure nobody is...

New changes to the Wiring Rules

Sylvania and Austube acquired by Schréder