Telemarketers up for back pay after Ombudsman action 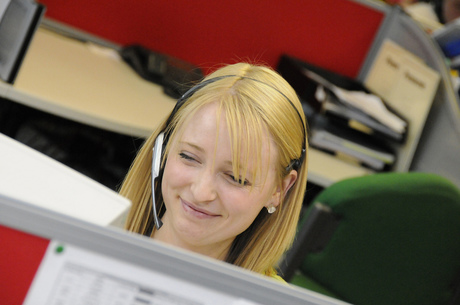 Telemarketers from two call centres could be eligible for a pay rise and back pay, after the Fair Work Ombudsman ruled that they should have been employees and not independent contractors.

Telco Services Australia and Trimatic Contract Services have agreed to change their employment practices, and self audit their records to determine if any workers who performed sales and marketing duties during FY13 were underpaid as a result of the miscategorisation.

Any back pay for workers who cannot be located will be held in a trust by the Ombudsman.

Managers from the companies have also agreed to complete workplace relations training, develop processes to ensure ongoing compliance with workplace laws and promptly respond to any new complaints.

A Fair Work Ombudsman spokesperson said the organisation took the view that call centre staff should have been classed as employees “for a number of reasons, including the degree of direction and control the call centre operators had over how the workers performed their work.”

The two companies made the commitments as an enforceable undertaking as an alternative to litigation.

The Ombudsman filed litigation against the two companies in Melbourne’s Federal Court in April 2011, but agreed to drop the lawsuit after the two companies changed their employment practices and made the undertakings.

Fair Work Ombudsman Natalie James said it is vital that employers ensure workers are classified correctly because if they are illegally engaged as contractors they can miss out on employee entitlements and protections such as minimum pay rates and leave allocations.