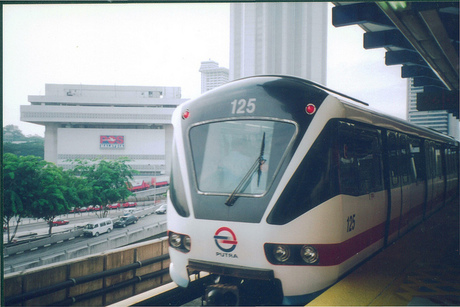 The contract will see Vix design, install, operate and maintain components of the new integrated cashless payment system (ICPS), which will consolidate transit and micropayments into a single smartcard-based system for bus, rail, metro and monorail networks.

Malaysia plans to commence the ICPS rollout from early 2017. The system will support a Touch ‘n Go card as well as the myDebit card now being issued by Malaysian banks.

“We’re really excited to help the Malaysian Government deliver on its vision for a more integrated and seamless public transport journey for Malaysians, which will bring the country into line with some of the most advanced integrated public transit networks in the world,” Vix Technology CEO Steve Gallagher commented.

“In the future, commuters will no longer need to carry multiple cards in their pockets every time they want to travel, making the transit network a lot more convenient and user friendly for locals and tourists alike.”

After winning the contract, Vix plans to establish its Asian operations hub in Malaysia. The company will hire 15 new employees across project management and development operations at its new office in Kuala Lumpur. In the long term, the company plans to hire up to 45 staff to support its Asian and group operations.

Vix has previously supplied transport and ticketing systems in the region for countries and territories including Singapore and Hong Kong.