Will the federal Budget matter? 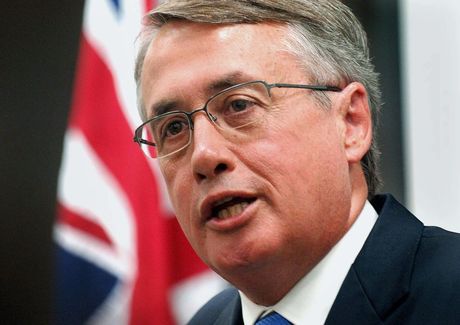 With the expectation, if the polls are to be believed, that we’ll have a new government installed in September, does the federal Budget mean anything to the IT industry?

If you’re an IT consultant who provides services into government, it seems that there are some significant opportunities beckoning. A lazy $2.8 million has been allocated over the next two years for a detailed study into rationalising enterprise resource planning (ERP) systems used by the public service. A further $2.2 million over the same period is there for an ERP system for AusAID as well.

Developers and integrators are also likely to benefit from the funds allocated to the effort to make changes to the tax system in order to save $1.5 billion that the government is hoping to deliver into its coffers. Another $4.5 million will be saved from the previous estimates as a result of the government dropping its mandatory filtering policy.

What’s interesting is that the government is taking a detailed look at how ICT is being used. Kevin Noonan, Research Director at Ovum, said, “From an ICT perspective, the big surprise was the amount of strategy and detail. There was a lot of meat on the bones. Many of the initiatives are long term and will require ongoing attention from the government of the day.”

That’s the issue though - it’s about the government of the day. If there’s been a positive poll number for the incumbent government, we haven’t been able to find it. As Noonan says, “However, the government is in trouble in the polls and may not be around to see through many of the long-running ICT initiatives announced yesterday.”

The government’s international communications network (ICN), which is managed by Department of Foreign Affairs and Trade, will be upgraded at a cost of $215 million. The upgraded ICN will strengthen classified connectivity and information sharing, increase protection against cyberthreats, strengthen coordination and decision-making through improved connectivity, and improve productivity by addressing limitations of the current system.

Almost $31 million has been allocated to various infrastructure projects, including a new data centre for the Australian Transaction Reports and Analysis Centre, border-processing technology for our airports, strengthening the integrity of the secure areas of ports and airports, and support for Vodafone Hutchinson Australia to expand its call centre operations at Kingston in Tasmania as part of a plan to create 750 jobs.

$238.4 million has been budgeted to establish five Industry Innovation Precincts. Their focus is on emerging opportunities. Similar to initiatives operated by CSIRO, these will bring together businesses, higher education and research institutions, business service providers and government agencies to promote productivity and growth.

However, not everyone is happy with the announcements that have been made. AIIA CEO Suzanne Campbell said that the “Federal Budget outlined several worthy ICT industry initiatives and programs, such as the allocation of $12.9 million to showcase the possibilities of the NBN, broadband kiosks and support for seniors to ‘keep connected’. However, single initiatives do not address deeper issues impacting the sector, such as ICT skills shortage and the low take-up by SMEs of smart ICT. The lack of budget to support initiatives in these areas creates fundamental barriers to Australia’s digital readiness.”

For IT leaders, the lack of appropriately skilled entrants has been a significant issue. With the new pressure and scrutiny on 457 visas, filling positions is not always easy.

If you’re an IT consultant then there may be some new opportunities if you work with the government.

For others, there doesn’t seem to be a coherent plan for addressing the skills shortage that has been looming for some years now.