91% of IT orgs have installed Windows 10 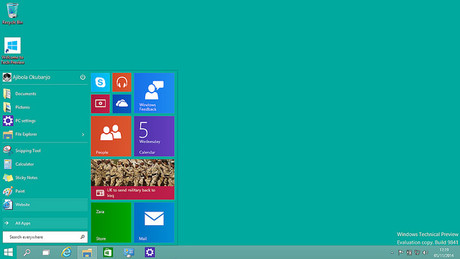 More than nine in 10 (91%) IT organisations have adopted Windows 10 to some extent, but only 10% have fully adopted the OS, according to research commissioned by Ivanti.

A survey conducted for the company by Dimensional Research found that of the IT organisations that have installed Windows 10, the majority (56%) are in the early stages, using the OS in only trial or other limited environments.

A further 34% are in production — defined as using the OS for business benefit — to only a limited extent, with the remaining 10% in full production.

Nearly nine in 10 respondents (87%) have concerns inhibiting further adoption, including application compatibility (65%), the need for user training (43%), the manual effort required to complete a migration (31%), the performance of applications (24%) and the increased complexity of image management (23%).

But the actual impact of these concerns appears to be lower than popularly anticipated, with 50% of adopters reporting application compatibility issues, 34% facing issues with support from application vendors and 19% reporting a lack of hardware support.

Despite these concerns, adoption of the OS is expected to accelerate, with Dimensional Research predicting that 77% of organisations will be fully migrated even outside of IT within the next two years — up from 51% this year.

The report also shows that no single approach to migrating to the new OS has become a standard, with reimaging, hardware migration and centrally-managed in-place migration having a nearly equal level of prevalence.

Another factor that may be inhibiting adoption is the requirement to select a preferred branch of the operating system. Just over half (51%) of IT organisations haven’t yet decided whether to use the Current Branch for Business (CBB) or Long-Term Service Branch (LTSB), and 26% reported that this indecision has led to a delay in adoption.

“Windows 10 adoption is unavoidable, so every organisation needs to brace themselves with the tools and strategies that will make their migration a success,” said Ivanti’s VP of product management, Jon Rolls.

“By implementing a unified approach to endpoint management and adopting user workspace management solutions to ensure a great user experience, enhanced productivity and minimised retraining, companies can realise Windows 10 migration success and smooth the constant updates and upgrades that come with Windows as a Service.”

Image courtesy of okubax under CC